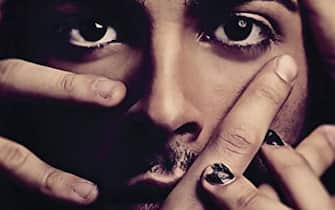 Only 2.0. First studio album released in September 2011 with the Sony Music label consisting of twelve tracks on the theme of loneliness, many of which were written in collaboration with important names in the international music scene.

Ready to run. Another album with Sony Music released in March 2013, one month after the victory of the Sanremo Festival with the song “L’essenziale”. Here too, successful singles and high-sounding collaborations.

Words in a circle. Released in January 2015 it contains some of the singer’s best-known singles including “Warrior”, six times platinum with over 300,000 copies sold.

The things I don’t have. Published in November 2015, it represents a completion of the thematic path of the previous “Words in a circle”. Contains the famous single “I really loved you”.

Marco Mengoni, Change a man: the lyrics of the new single

Atlantic. Published in November 2018, it starts from a stylistic and thematic research different from previous works: Mengoni explores the dimension of travel and the sound of other regions of the world.

Matter (Earth). First disc of a work divided into three albums, it precedes the songwriter’s return to live music and his first stadium tour scheduled for summer 2021. It contains the featuring with Madame and Gazzelle.

Marco Mengoni, Ma Stasera: the video of the new song is out

Mad King Live. Released in October 2010, it is the artist’s first live album in the season of his recording debut. The recording is from a concert held in Montesilvano in July of the same year.

Marco Mengoni Live. Composed of two discs and a DVD, it contains recordings of the artist’s successful tour ended in 2016 plus five unreleased tracks.

Marco Mengoni, the most beautiful photos of the singer

Atlantic Soundcheck. Released in May 2019, it contains recordings, music and dialogues recorded in the rehearsal room of the tour. Only 5,000 copies of the cd were made and distributed on the 2019 live dates.

Atlantic / On Tour. Released in October 2019, it consists of two discs which include three unreleased songs and the recordings of songs performed live in the 2019 tour.