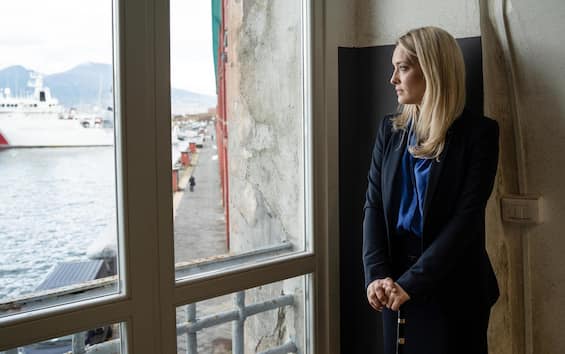 There is great anticipation for it third season of Sea outTV series created by Cristiana Farina and Maurizio Careddu aired for the first time in September 2020. After the passage on the national network, even Netflix has decided to publish the series, helping to give it a further boost in terms of audience (also visible on Sky Q and via the app on the Now Smart Stick). That’s why, now, the many fans of Sea out they wonder when they will be able to discover the episodes of the third season.

Sea outside 3when it comes out

Sea Outside 3, a Rai Fiction-Picomedia co-production, is a “coming of age”, in which the protagonists are the adolescents of the Juvenile Penalty Institute of Naples. Among the main roles, however, also that of the director Paola Vinci (Caroline Crescentini), the police commander Massimo Esposito (Carmine Recano) and the educator Beppe Romano (Vincenzo Ferrera). The fiction consists of six early evenings on Rai2and to see them we will have to wait until the next one February 15, 2023. The first season begins with the arrest of Carmine Di Salvo (Massimiliano Caiazzo) and Filippo Ferrari (Nicolas Maupas): the first has to do with crime since childhood, the second instead, born and raised in Milan, ends up in reform school for a stunt. Despite the many differences, the two boys will end up making a great friendship.

Sea outside 3the previews

Where were we? We had left Edoardo completely alone, having lost the only ones who still believed in him. While he carries out his escape plan, anger grows towards Carmine, Filippo and Pino. Naditza is instead grappling with a new freedom, but feels betrayed and abandoned by Philip. Despite this, she understands that her place is next to the boy. Meanwhile, Beppe tries to find the lost relationship with her daughter, Lino is trying to confront her past, while Massimo and Paola try to make their relationship work. Spoiler alert! As for the previews of Sea outside 3, it seems that we will find Ciro Ricci again, one of the most loved characters in the series. The actor who plays him James George, in fact wrote on social media “Ciro is fine”, perhaps suggesting that the character staged his death at the end of the second season, perhaps to become a fugitive. Did she really go like this? We’ll find out from February 15, when the first two episodes will be aired on Rai 2. However, there is still no official date for the publication of the third season on Netflix, where the first two are, however, in the catalog (also visible on Sky Q and via the app on the Now Smart Stick).