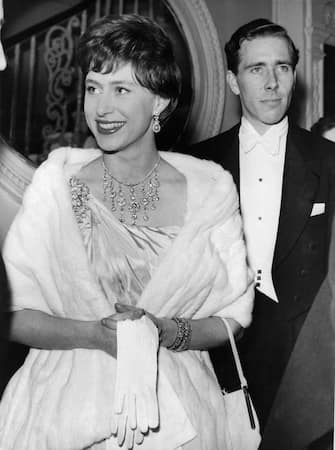 From 3 to 5 June Sky Uno +1 HD becomes Sky Uno The Royals, the temporary channel dedicated to the royal family of England. Three will be the first TVs to accompany us on the dedicated days: Margaret Rebel Princess, The Queen Unseen And The Princess and the Press

Platinum Party at the Palace, the concert for the Queen’s jubilee live on Sky

The Royals, the story of Princess Margaret and George VI

Through documents and interviews, the series follows Margaret’s life as it redefines the common idea of ​​the modern princess

The Royals and the secrets of the English royalty

Her Royal Highness Princess Margaret, Countess of Snowdon (Glamis, 21 August 1930 – London, 9 February 2002), was the second daughter of King George VI of the United Kingdom and Elizabeth Bowes-Lyon, as well as the younger sister of Queen Elizabeth II.


Kate and William disputed in Jamaica: Crown accused of earning through slavery

At the time of birth she was fourth in the line of succession to the British throne. Her father was Prince Albert, Duke of York, the second son of King George V and Queen Mary

On 6 May 1960 she married photographer Antony Armstrong-Jones at Westminster Abbey. She reported accepting her proposal one day after learning from Peter Townsend that she intended to marry a young Belgian woman, Marie-Luce Jamagne, who was half her age and strikingly resembled Princess Margaret.

Elizabeth II: “I hope that one day Camilla will be queen consort”

Her marriage expanded Margaret’s social circle beyond the court and the aristocracy to include show business celebrities and bohemians.

The secrets of the Royal family, Queen Elizabeth between love and crown