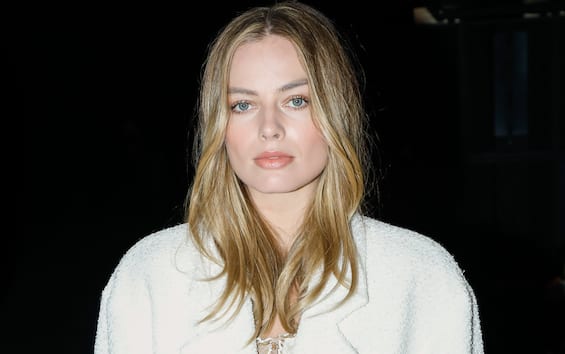 Margot Robbie finally wanted to explain the photo of her in tears in front of Cara Delevingne’s house. Her explanation dispels any doubts: this is not Cara Delevingne’s house, and she the actress wasn’t crying but she just had something in her eye.
The diva that we will soon see in the next film Barbie silenced the innumerable rumors concerning the incident (indeed: the alleged incident) in a recent interview given to Vanity Fair.

To fully understand his explanation, however, we must necessarily take a step back in this story.
In September 2022, photos came out showing Margot Robbie in tears in front of a house. That house was later identified as the home of her friend, model and actress Cara Delevingne.

The photos of Robbie were shared shortly after the release of the images of Delevingne at the Los Angeles airport, i.e. the shots in which the supermodel appeared in terrible condition, so alarming as to arouse the concern of the whole world.

At the bottom of this article you will find the photos that many have interpreted as images of Margot Robbie in tears as she leaves the house of cara Delevingne, which the direct interested party (Robbie) has instead denied.

The photo of Robbie crying in front of the Delevingne house? It’s not like that at all

The Hollywood star told Vanity Fair that as soon as the photos went viral, she got a call from her mother asking how Cara was doing.
“First of all, yeah, we’re fine,” Margot Robbie replied. “And second, I wasn’t at Cara’s house, I was outside an Airbnb that I rented for five days! And I wasn’t crying! I had something in my eye. I was trying to reach for my mask while trying to hold a cup of coffee, and I couldn’t get a hair out of my eyes.” These are the words of the actress to explain the images which instead have been interpreted in a totally different way, misrepresenting everything.

The attack of a paparazzi after the photos

We also remember that the two friends after the aforementioned photos were victims of an attack by a paparazzi, Pedro Alberto Orquera. The latter spotted them at the exit of Patagonia Sur, a restaurant in the La Boca neighborhood, and rushed to take pictures of her, behaving in a very aggressive manner.

It invaded their space, which led to serious consequences, including a broken arm for the photographer and a car race which saw Margot Robbie jump into the car when it was already in motion, which could have turned out to be very dangerous even deadly.

In the same long interview given to Vanity FairMargot Robbie spoke clearly of many other things, both related to her personal sphere and career side.
He then also spoke of the female reboot of Pirates of the Caribbean, stating that the project that should have seen her in the role of the protagonist would seem officially dead.

“We had an idea and we’ve been developing it for a while, a long time ago, a female-led story, even if not totally female-led, but just a different kind of story, which we thought would be really interesting. But I guess they don’t want to do that anymore,” Robbie said.

Below you will find the photos that many have interpreted as images of Margot Robbie in tears as she leaves the house of cara Delevingne, which the direct interested party (Robbie) has instead denied.