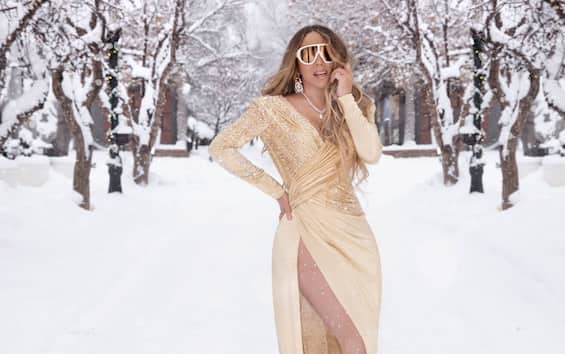 Interesting short-term project that will involve Mariah Carey, one of the most influential artists in the history of music. The singer, in fact, plans to release an entire grunge album that she had made in 1995, but never released. In her 2020 memoir, The Meaning of Mariah Careyhad mentioned the record in which her friend and former roommate had also participated Clarissa Dane. The unreleased version of this album will be titled Someone’s Ugly Daughter, an announcement Mariah Carey made during the Rolling Stone Music Now podcast.

Before going into detail, let’s specify that grunge is a term that refers to the music scene that originated in the 80s in Seattle, which achieved worldwide success in the early 90s. Grunge music is also called Seattle Sound. Having said that, Mariah Carey spoke about this album stating that there will be a surprise because “another artist will work with me”. For the moment, her identity is top secret. During the time the grunge album of Mariah Careythe artist was in New York next to her husband Tommy Mottola with which she remained linked from 1993 to 1997. Someone’s Ugly Daughter was an album that contained 11 tracks, sung by both Clarissa Dane than by Mariah Carey. However, the record company that had Carey under contract denied her permission because it was a record that did not belong to her style, which is why it was feared that people might not like it. During the Rolling Stone Music Now podcast, Mariah Carey she revealed some funny backstories, like when she was hanging out with her assistant in New York and singing some tracks from the grunge album, unknown to most but not to her. Despite the non-release of that record, in 1995 Mariah Carey made it anyway Daydream. Soon, however, we will be able to listen Someone’s Ugly Daughter with his voice 27 years later.

The career of Mariah Carey

With over 220 million records sold, Mariah Carey is among the most successful female artists of all time. In her career, she has won five Grammy Awards, 18 World Music Awards and 31 Billboard Music Awards. These are the albums released: