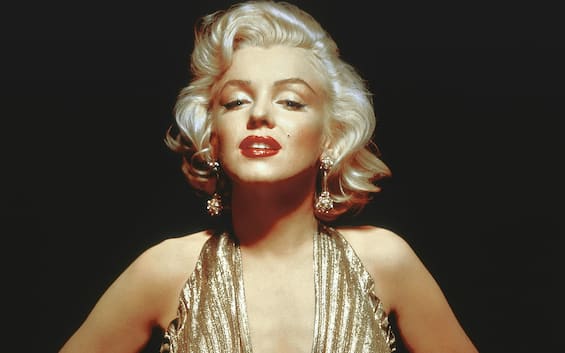 Marilyn Monroe passed away on August 5, 1962. She was 36 years old. For some she committed suicide, with an overdose of luminal, the barbiturate who gave the title to a novel by Isabella Santacroce. For others it was a murder, because the star threatened to tell the truth about the affairs of John and Bob Kennedy. 60 years after Marilyn’s death, we still don’t know the truth. According to the philosopher Edgar Morin, Miss Monroe’s departure was “the funeral toll of the Star System“. But Marilyn will be a star that will shine forever. After all, when we look at the sky, we look at the past. It is no coincidence that the Venice Film Festival this year pays tribute to the diva with Blonde, the scandalous biopic with Ana De Armas. However, among the jumble of tributes reserved for Norma Jeane Mortenson Baker, he stands out Marilyn, the impossible interview, , written by Bruna Magi and published by Bietti Photogrammi, a series directed and edited by the volcanic and talented Ilaria Floreano. The author has read biographies, articles, chronicles of the time and beyond, novels dedicated to the diva. You have seen films, documentaries, television reports. She and she wrote about it. But Bruna also knows the words of Charles Baudelaire, that is, Who looks while standing outside one window open never sees as many things as he who looks at one closed window. ” So, like the French poet, Magi chooses to send the imagination to power. Inspired by another great of the twentieth century, Oriana Fallaci, who tried for a long time to interview Marilyn without ever succeeding, Bruna invents a video call with Marilyn. An interview in an ethereal and parallel universe. A diva being interviewed in limbo. And the result is the painful and emotional portrait of an ironic, intelligent and aware woman, light years away from the corriva image of the cheerful celluloid doll with which the actress is often associated. In short, Bruna’s book is a sort of “poem in the form of a rose” as Pier Paolo Pasolini would have said

Marilyn Monroe, among the Kennedys, Playbo and Arthur Miller

From the “Little girl who saw her little dog killed” to the “Girl wife”, from the arrival of the Kennedy brothers to the last night, from Joe di Maggio to Arthur Miller, Magi’s text is an anthology of memories, loves, fantasies, pains and frames. Page after page, Marilyn Monroe materializes clinging to stylish décolleté from vertiginous heels to ato bus stops, while men prefer blondesee maybe Some like caldo. Yet, on tiptoe, with style and respect, the words of the author free Marilyn from the pink plush handcuffs of the Child lost in a perpetual “thank you and thank you.” The star is no longer just the flirtatious Angela Phinlay who dreams of the tropics and an à la pagein swimsuit Asphalt jungle. Nor is it simply the girl who posed naked for the first issue of the magazine in 1953 Playboy for a cover destined to become epochal. From the complex and tormented childhood, to the meeting with Anna Magnani to the David Di Donatello, from the love for white roses to the flirtation with Frank Sinatra, from the missed motherhood to the alleged sapphic liaisons with Marlene Dietrich, Barbara Stanwick, Joan Crawford, the volume published by Bietti expertly reconstructs all the complexity of the most famous actress in the world.

Marilyn Monroe, even The Misfits go to heaven

Reading “Marilyn – The Impossible Interview”, the scenes of The Misfits by John Huston, the latest complete film shot by Monroe, are dazzling. The boundless spaces of Montana are the counterbalance to a film that was the last played by Clark Gable and one of Montgomery Clift’s last works. But when something ends then it starts again, said Marlon Brano in The last Tango in Paris. And if Bruna Magi in the end wishes in heaven the Reunion between Monroe and Tippy, her first little dog that was given to her by her adoptive father Albert Wayne Bolender when she was still a child, the hope is that Marilyn will not be remembered only as “the most famous erotic object of the short century “. And for this to happen it is enough to quote the joke that just in The Misfits, the actress turns to Eli Walach who complains that his wife, who recently died, did not know how to dance: “Don’t get mad, I meant if he loved her he could teach her anything. Because we are all dying, every minute we are approaching death, yet we do not teach each other what we know! “