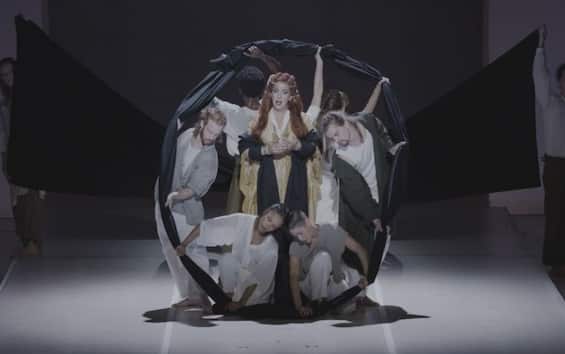 Friday 7 October at Rome Opera House appointment withAlcestethe composer’s work Christoph Willibald Gluck and the librettist Ranieri de ‘Calzabigi inspired by Greek mythology. Arrived for the first time in Italy with the setting up of the Bayerische Staatsoper in Munich, the opera show debuted as the protagonist of the mezzo-soprano Marina Viotti. After the premiere on Tuesday 4 October, the following reruns will be Sunday 9 at 16.30, Tuesday 11 at 20.00 and Thursday 13 again at 20.00. The latter representation will also be broadcast in direct on the frequencies of Radio3.

The opera, which was not staged at Costanzi Theater from afar 1967is proposed for the first time in the French version of 1776 thanks to the direction of the Belgian dancer and choreographer Sidi Larbi Cherkaoui, winner of the Laurence Olivier Award twice and in 2018 also of the European Theater Award. According to him, the story told inAlceste presents two elements in particular that make it special in this historical moment: the sacrifice of oneself in favor of someone else and the heroism of one female figure. “Not a woman in danger – specified Cherkaoui – but the one whom she gives the fundamental impulse to solve a problem that no one dares to confront”. To this are added the fascination of the ritual, the full beauty of the music and the movements of the choreography, curated by the director himself: «The dancers are an extension of the choir. As the Greek choir they are witnesses of what is happening but even more they amplify it. From the dramaturgical point of view they are a personification of everything that must happen in history ».

Awarded in 2019 at the International Opera Award as best singer of the year, Marina Viotti he is not only lucky enough to come from a family of musicians – his father was the conductor Marcello Viotti and brother, Lorenzoit is too musical director – but she also has a varied and brilliant career on her side: a scholar of philosophy and literature, before the opera she dedicated herself to jazz, heavy metal and gospel, also inciting a record-tribute to Pauline Viardot, Franco-Spanish singer, pianist and composer of the nineteenth century. Others are protagonists on the scene are Juan Francisco Gatell, also for the first time in the role of Admète, Luca Tittoto for the part of Grand Prêtre / Hercule, Patrik Reiter for Evandre, Pietro Di Bianco for Apollon / Un Hérault d’armes and Roberto Lorenzi for Un Dieu infernal / L’Oracle . They complete the cast Carolina Varela, Angela Nicoli, Michael Alfonsi and Leo Paul Chiarot (Coryphées).

The first version ofAlceste it was staged at the Burgteather in Vienna on December 26, 1767, without however having much luck with the public. Ten years later, on April 23, 1776, Christoph Willibald Gluck presentedParis Opera the best known French adaptation which was later translated into Italian and remained in the repertoire for the last two centuries. For this new staging, he was called to direct the opera Gianluca Capuanospecialist in the eighteenth-century repertoire and already on the podium of the Teatro dell’Opera di Roma for Orpheus and Eurydice by Gluck in the 2018/2019 season and a concert in The cloud in 2020. “With Alceste – explained the teacher – Gluck closes the circle of the reform of melodrama. The die is cast, nothing will be the same as before in European theaters ». The Milanese director is also expected next season for Julius Caesar in Egypt with the new staging by Damiano Michieletto, and for the concert de The three countertenors in which Carlo Vistoli, Raffaele Pe and Aryeh Nussbaum Cohen will direct.