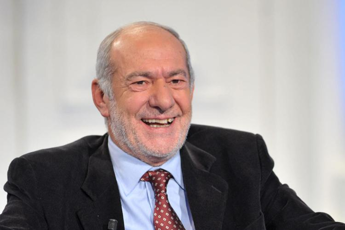 “Has been the first, authentic, beautiful, 1968 soundtrack, his songs ‘Contessa’ and ‘Vale Giulia’ were sung out loud in all the processions, during demonstrations and occupations: his disappearance will never erase the wonderful memories I have of Paolo Pietrangeli“This is what he says to AdnKronos the leader of ’68 Mario Capanna, learning of the death today of the Roman singer-songwriter, at the age of 76, “my same age …”, he observes.

“Hearing him talk and discussing politics was as extraordinary as listening to his songs – underlines Capanna – We met closely, frequented several times, we liked to exchange ideas about the past, the present and the future: he was endowed with a fine intelligence“. Rereading the text of ‘Contessa’ today, someone might be a little perplexed by some explicit exhortation to violence, to the rebellion even in the square …

“Of course, I admit that certain expressions today could appear a little drastic – he observes – But in that climate they were perfectly fitting and true. The fact that he still remembers that text today gives the idea of ​​his historical, political, social and cultural depth. After all – concludes Mario Capanna – he was one always master of himself, precisely because he was a person without masters“.