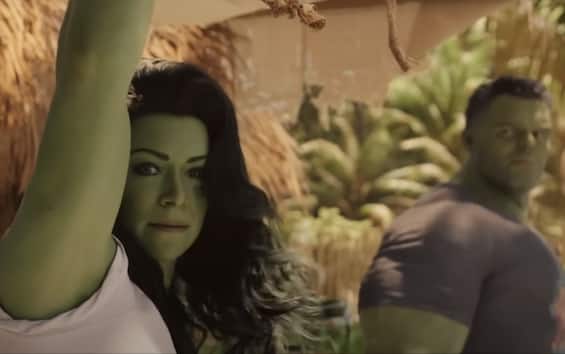 That Jennifer Walters / She-Hulk was a character destined to play an important role in the Marvel Cinematic Universe was understood. When the screenwriter of the series dedicated to the character Jessica Gao had revealed that in the first season he would talk about one of the hottest speeches left open in the world of Marvel superheroes, even the last doubts were gone. On the other hand, who better than a lawyer could take back the delicate Sokovia Accords, which had divided the Avengers into two factions in Captain America: Civil War?

Now also the interpreter of the male counterpart of She-Hulkactor Mark Ruffalo, gave a further revelation during the premiere of the series: Tatiana Maslany with her character will be part of the Avengers group in the next films dedicated to them.

Ruffalo said: “By now Tatiana is in (the group) with this series, there won’t be another Avengers without her. This is what I’m hearing around ”. Her words would have surprised even Maslany herself who, just a few days ago, had confessed to the press her concerns about the possibility of being part of the iconic superhero group.

However She-Hulk: Attorney at Law it is by its nature a particular show, very different even in tone from the classic Marvel product, and it seems difficult to pigeonhole its protagonist within the Avengers (even if She-Hulk would promise very funny duets with other heroes such as Deadpool or the Guardians of the Galaxy).

We’ll see. For now we have in the meantime increasingly clear the placement of She-Hulk within the grand scheme of the Marvel Cinematic Universe. The series will in fact mark the definitive end of phase 4 of the MCU, at least at the production level, placing itself temporally immediately after the events told in Shang-Chi and The Legend of the Ten Rings. In this last film we saw Bruce Banner, no longer transformed into the Hulk, with his arm still bandaged after the use of the glove created by Tony Stark. The feeling is that the “green” family is now more and more into the events of the most famous superhero universe in the world.