The showoman and former candidate for mayor of Viña del Mar, Marlen Olivariparticipated in the program Juego Textual, on channel 13, hosted by Sergio Lagos. And in the first section of the night, “Minefield”, the actress begona basauri asked Marlen for her opinion on feminism. To which she replied: “I have always supported all women’s causes, but I feel that this movement is a bit sectorized.”

Adding: “I support all women, whether they think like me or not. We have to support the female gender more than a sector, regardless of ideology. I saw in the social outbreak that it gave the feeling that the feminist movement is more to the left”.

In addition, the current Marocchino couple indicated that they are not in the same frequency as the current manifestations of feminism, and referred, as an example, to the members of the “Las Tesis” collective. In this regard she said: “I didn’t like ‘The Theses’ that point to men as rapists, when they’re not all rapists. I have a father, a grandfather, a man brother, a man son, and they are not all men who are rapists.”.

In addition, Marlon said that she has been active in some instances that promote respect and the rights of women: “I actively participated in the street harassment law. We are all flat that things are yelled at you. It’s hard to avoid everyone saying things to you, but now at least the man thinks about it.” Olivari said.

To then emphasize the way in which his 11-year-old son Lorenzo has been instilled with these values.“If Lorenzo doesn’t ask me for something, please, I won’t take it. Education is essential in life, and if we were taught more manners, ways of speaking, not attacking, the world would be very different. Love is the basis of happiness and respect in the world, and it is what is most lacking”. 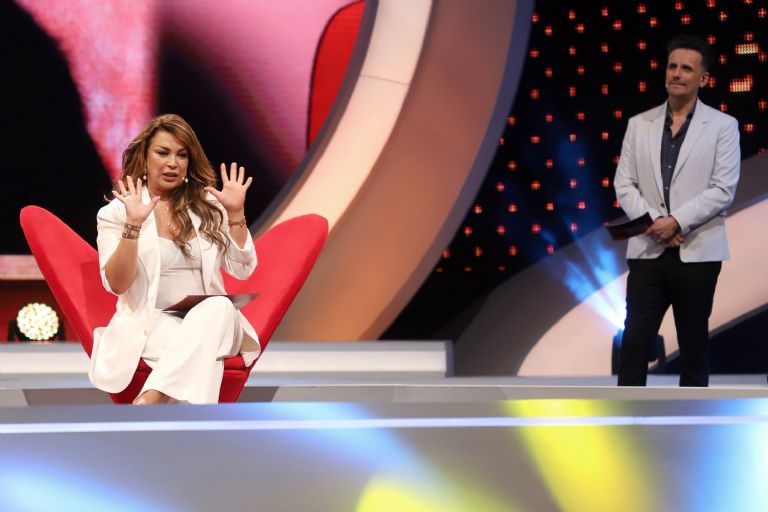