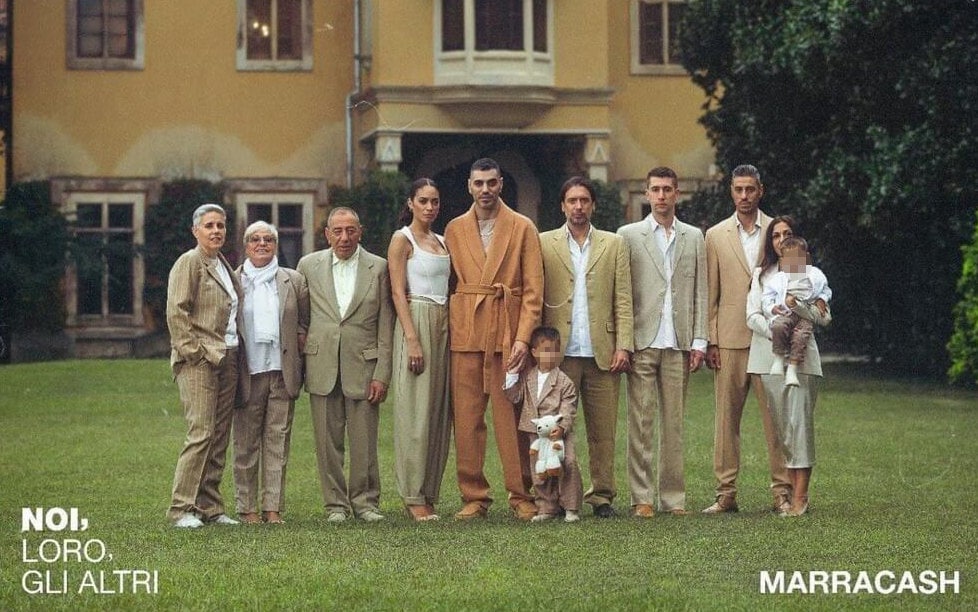 Marracash revealed that he and Elodie broke up while working on his newly released album. Us, Them and Others.

During an interview with the Corriere della Sera for the promotion of the album, the rapper wanted to explain how things went between her and the ex-partner.

“We broke up during the making of the record. It was a challenging time for both of us and we both tried to make ends meet. It’s nice that she is on the cover with my family and the people who have been closest to me, ”she said.

He and his colleague Elodie Di Patrizi have been together since 2019. She appears in the cover photo of Us, Them and Others (in that of We, since there are three different covers), which has caused some bewilderment among fans precisely because the two are no longer a couple. However Marracash is happy to have her on the cover, as well as in the video clip of Crazy Love. Video in which her presence is not accidental but a choice that turns out to be something downright cathartic.

“It’s also in the video for Crazy Love: we stage the end of our relationship and kill each other ”, reveals the artist. A video clip that is therefore also a farewell, staged almost to exorcise the pain, inevitable in any separation.

The two exes remained on excellent terms, as his words testify and as do her words, those expressed in an article that will be published in the new issue of Rolling Stone.

“Marracash is an incredible artist and human being”, begins the message of the singer, imbued with words of affection and also a lot of esteem. He explains that to unite them there are “the depth, the intelligence, the awareness that fairy tales do not exist and that reality is much more beautiful, rich and multifaceted”.

Elodie said she was very attached to her ex-boyfriend’s record precisely because it contains songs that were created while the two were together. And – as a good girlfriend she has been – she also added words of concern that the rapper usually fails to enjoy his well-deserved success.

The voice of Vertigo yesterday shared a dedication for him in his Instagram Stories, reporting the words taken from the interview that will come out on Rolling Stone, in an issue totally dedicated to the rapper (also enriched by an exclusive interview with Marracash).

“It is wonderful to see how the musician Marracash is different from the everyday Fabio. He is an artist with an extraordinary creative urgency and a sensitive man. […] It has a purity that I have rarely found in others. He is a man who fights with the vision of men that contemporary society imposes on us: that of toxic machismo, of super efficiency, of insensitivity “.

Words that very few ex-girlfriends would say about a partner with whom they just broke up, as unfortunately the story teaches us, the end of the stories and even the Stories …

“He has some frailties that belong to all of us, but that clash with the character they would like to give him, or even simply with being a rapper,” added Elodie.

“The fact that I was an inspiration for Fabio made me feel like an artist too. I’m really excited about his new project: in addition to loving him as a person, I respect him as an artist ”, concluded the singer about the Nicosia rapper.

Elodie on the cover

The cover photo of Us, Them and Others, the one in the version We, is a group image taken in the summer that portrays Marracash and Elodie in the center.

“It’s nice that you are on the cover together with my family and the people who have been closest to me”, wanted to let the 42-year-old artist, born Fabio Bartolo Rizzo, know.

Their relationship has remained really excellent, even if the 31-year-old singer seems to be currently involved in a romantic relationship with the 38-year-old former model and manager Davide Rossi: although those directly involved have not formalized any kind of liaison, some photos that have paparazzi a kiss between the two would seem eloquent …

Us, them and the others is finally available, much to the delight of fans. Released at midnight, this is the rapper’s seventh studio album and has the collaboration of many artists and friends, from Guè to Madame to Blanco.

It turns out to be a record with more mature lyrics and sounds, far from that adolescent dimension in which rap often risks falling (and sometimes expiring).

“Rap is a genre for everyone now. At 42 I would be ridiculous to carry on a teen discourse. In this juncture there is room to say things”, said the musician to the Courier service.

Two years after the release of Person and about a month after the conquest of the fifth Platinum Disc for what was the last disc released by Marracash until midnight yesterday (in 2019), the rapper returns in all its glory.

With a post shared on social media shortly before the official release, the singer announced the title, the upcoming release date and the concept behind the project’s covers. There are three covers: We is the main cover available in all formats (CD and Vinyl), while the covers They And The others they are only available in the limited edition Vinyl version. In the cover of They, Marracash is surrounded by his own staff, in that of The others among a crowd that we see from behind.

You can look at the three different album covers in the photo carousel you find in the following post, posted on Instagram by Marracash to present Us, Them and Others.