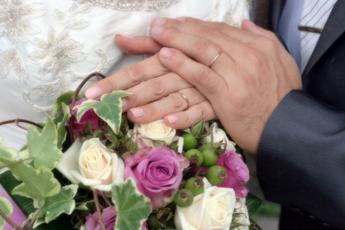 Furgiuele (Lega): “We will offer bonus extensions for all marriages”

A wedding bonus if you get married in church. The political debate has been ignited by a new bill presented by members of the League which provides for a bonus of up to 20 thousand euros divided into five annual installments, to be paid through deductions from expenses incurred and documented in the tax return, for those who decide to contract religious marriage and therefore to marry in church. The controversy was immediate and the League announced an extension of the measure. The deputy group leader of the League, Domenico Furgiuelethe first signatory of the bill in question, explains: “The bill that I signed for the first time, aimed at encouraging the wedding sector, which for reasons of costs provided for a bonus intended only for religious weddings, will naturally be extended to all weddings during the parliamentary debateregardless of whether they are celebrated in church or not”.


The bill was presented by Domenico Furgiuele (deputy group leader), Simone Billi, Ingrid Bisa (secretary of the Authorization Committee), Alberto Gusmeroli (president of the Productive Activities Commission) and Erik Pretto. Recipients of the subsidy are couples under 35, with Italian citizenship for at least 10 years, and with an equivalent economic situation indicator not exceeding 23,000 euros and 11,500 euros per person.

The reactions to the news of the bonus intended only for religious marriages were not long in coming. “The bonus only for those who get married in church as well as being clearly unconstitutional, denotes a rare scoundrel and the absolute distance from the real problems of the country” tweeted the MEP of the Democratic Party Alessandra Moretti. “To the Lega supporters who want to give 20,000 euros of public money only to those who get married in church, I would like to reveal a secret (taught to me by a priest): the state is secular. Anyone who believes in certain values ​​does not need a corroborating tip to bear witness to them: stuff from merchants of the Temple” the tweet of the senator of the Democratic Party Enrico Borgo. She also intervened from the Democratic Party Ilenia Malavasi who commented in a tweet: “First the compulsory Venetian dialect in schools, then the wedding bonus – 20 thousand euros only if you get married in church and have been a citizen for 10 years (cost 16 million at the expense of taxpayers, believers and non-believers). These are not the things the country needs.”

“Beyond the probable unconstitutionality, it is confirmed that Salvini’s League is literally out of control” he wrote on Twitter Charles Calenda. “It’s a good thing that this morning Zaia had envisaged an almost normal League: ‘No more rearguard battles’. The response of the Roman and Salvinian League is ready: the State pays 20 thousand euros to those who get married in church. Other than ‘free Church in a free State’, here we are still the Pope King” he tweeted Mara Carfagna, president of Action. “With all due respect to believers and to those who choose to join in a religious ceremony, we are a secular state: the bonus proposed by the League of 20,000 euros for those who get married in Church is, to be kind, at least inappropriate” the tweet from Raffaella Paitaleader of Azione-Italia viva in the Senate.

“Either it is a joke or we are dealing with a propaganda use of the legislative initiative. This is how this important tool of parliamentary work is mortified” he declared Luana Zanellagroup leader of the Green-Left Alliance in the Chamber.

For the secretary of Più Europa Benedict DellaVedova “the deduction of expenses incurred for weddings only in church, proposed by the League, is part of the trend of bonuses for anything and, in itself, is not so original. To qualify it in the reactionary groove of the sovereign right is the fact that the benefit should be reserved for Italians for at least ten years (and because women and men born and raised in Italy who obtain citizenship after eighteen years should wait another ten to get married with the bonus?) and who choose religious marriage, obviously rigorously heterosexual: a pearl of constitutional illiteracy. In short, better than the very fascist tax on celibacy, but we can save it”.