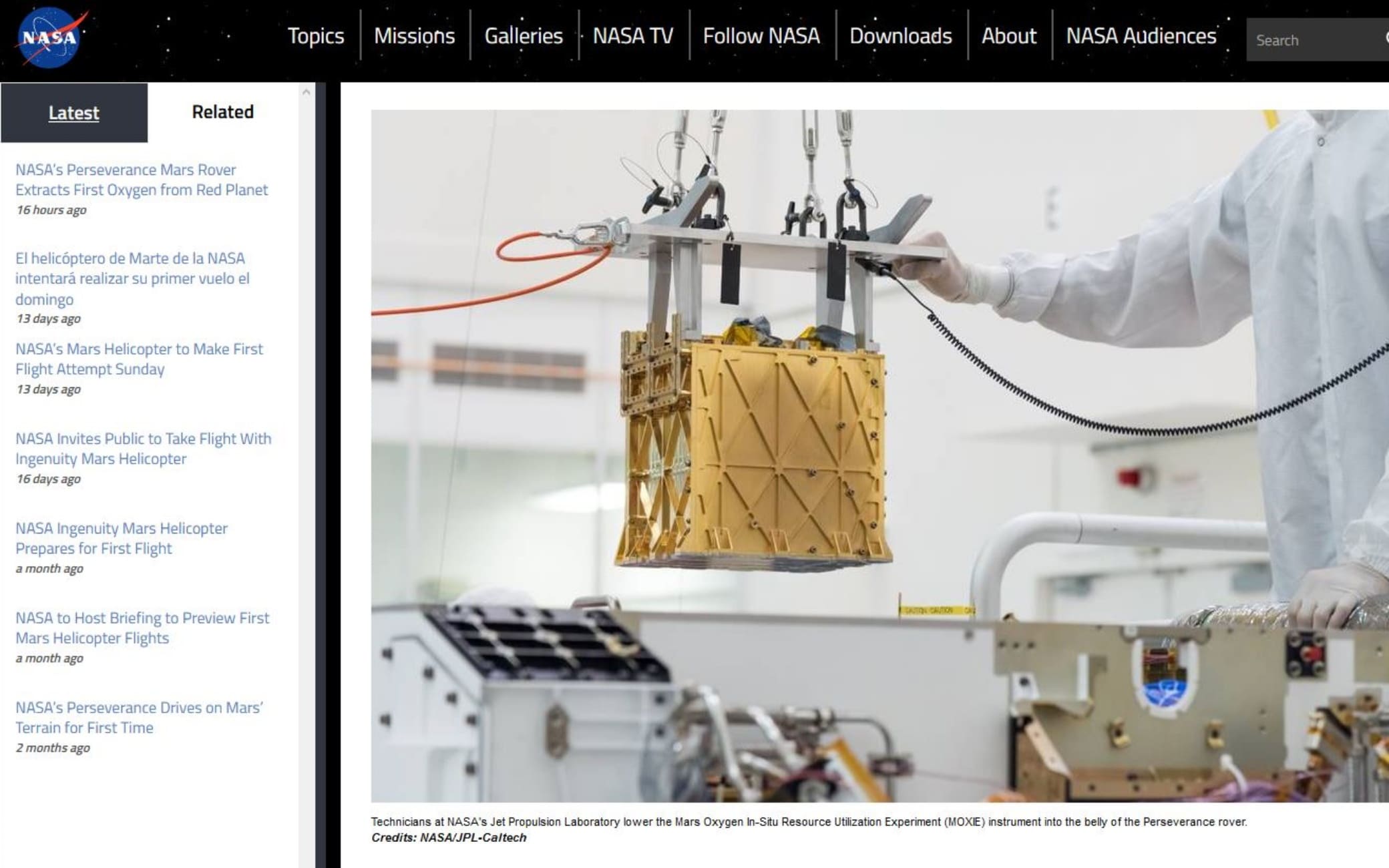 A few days after Ingenuity’s historic flight, Perseverance achieves another important goal on Mars: the experiment of producing oxygen starting from carbon dioxide with Moxie, a device the size of a toaster arrived on the Red Planet together with the rover last February 18. Moxie stands for “Mars oxygen in-situ resource utilization experiment”, Or rather the experiment of“ in situ ”oxygen production on Mars starting from carbon dioxide, present at 96% in the atmosphere of the Red Planet. The success of the experiment could pave the way for something that until now had only been seen in science fiction: isolating and storing oxygen capable of simplifying future missions to Mars, perhaps even providing breathable air for the astronauts who will arrive on the planet.

The test took place on April 20 and resulted in the production of the first 5 grams of oxygen. The maximum production planned for Moxie is equal to 10 grams per hour. The waste product that Moxie generates is carbon monoxide. Among the main problems of the instrument is the need to bring the temperature to about 800 degrees Celsius, which leads to a high power consumption (about 300 watts). While Moxie is engaged in this procedure, the rover cannot perform many other tasks. There are then several phases for the use of Moxie. In fact, it will also be verified how oxygen production changes according to variable atmospheric conditions (different times of the day and with the changing seasons). Finally, there will be tests to understand what the limit operating temperatures are or if it is possible to lower them.