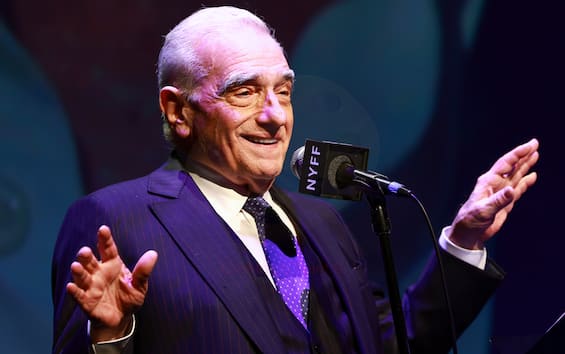 “Cinema is devalued, humiliated, belittled on all sides, not necessarily on the business side, but certainly on the art side”. The sharp words spoken on the occasion of the New York Film Festival from Martin Scorsese have denounced the film industry’s obsession with Hollywood for the box office numbers, a trend that according to the American director has often damaged the quality of the seventh art. As reported by IndieWireIn fact, Scorsese underlined that “Since the 1980s, an attention to numbers has developed. It is quite repulsive. The cost of a film is one thing. You understand that a film costs a certain amount, that they expect to get back at least that amount again, and even more. The emphasis now is on numbers, cost, opening weekend, how much he earned in the US, how much he earned in England, how much he earned in Asia, how much he earned worldwide, how many viewers he reached. As a director, and as a person who cannot imagine life without cinema, I have always found all of this really offensive ”. Scorsese, who presented the documentary on the occasion of the film festival Personality Crisis: One Night Only on David Johansen, former frontman of the 1970s glam punk group The New York Dolls, he then praised the spirit of the New York Film Festival: “There are no awards here. You are not forced to compete. Here you simply have to love cinema ”.

It is not the first time that the director has argued against Hollywood’s logic of profit. As reported by the Guardian, in 2019 Scorsese challenged the artistic value of superhero movies, especially the blockbuster Marvel franchise. “I tried, you know? But that’s not cinema ”he commented. In an article written for the New York Times the director of masterpieces like Taxi Driver, Those good guys, Shutter Island And The Irishman he reiterated that his idea of ​​cinema is “as far from the Marvel universe as we on Earth are from Alpha Centauri”. For him and his contemporaries, cinema consisted in fact in the aesthetic, emotional and spiritual revelation of the characters: “The complexity of people and their contradictory and, sometimes, paradoxical natures, the way in which they can hurt and love each other and suddenly find themselves face to face with themselves “. A universe instead unknown for Marvel films, compared by Scorsese to vacuous theme parks. “It is not the cinema of human beings trying to convey their emotional and psychological experiences to another human being”.

THE FATE OF CINEMA

The indifference to the art often shown by Hollywood, which in order to increase the dominance in the theaters of the films of the franchises would have reduced the opportunities to project other films (increasingly distributed on streaming platforms) filled Scorsese with sadness. “The situation, unfortunately, is that we now have two separate fields: there is audiovisual entertainment all over the world, and there is cinema. They still overlap from time to time, but it is becoming increasingly rare … the financial dominance of one is used to marginalize and even diminish the existence of the other ”.