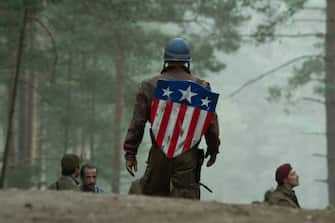 1. Captain America – The First Avenger (2011). Set during the Second World War, it tells the origin story of Captain America, aka Steve Rogers, a skinny patriot who is injected with the super soldier’s serum

WATCH THE VIDEO: Marvel, Shang-Chi is also in the new intro

2. Captain Marvel (2019). Although it is one of the most recent films in the MCU, Captain Marvel is the second in chronological order for the events narrated. The story is in fact set in 1995 and tells the origins of Captain Marvel, heroine of galessias, secret identity of Carol Danvers

Avengers: Age of Ultron, plot and cast of the film

Iron Man (2008). First film of the MCU, third in chronological order for narrated events. The facts are set in 2010 and tell how Tony Stark transforms into Iron Man

Moon Knight, the trailer for the Marvel series

Iron Man 2 (2010). Sequel to the first Iron Man, set immediately after the events narrated in the first

The Incredible Hulk (2008). Conceived even before the Avengers project had a global vision, it sees Edwoard Norton as Bruce Banner (who will later be taken over by Mark Ruffalo). Set in an unspecified period, however before Avengers

Thor (2011). First appearance in the MCU for the god of thunder played by Chris Hemsworth. With him, in a terrific cast, Anthony Hopkins (Odin), Tom Hiddleston (Loki), Natalie Portman (Jane Foster). Set six months prior to Avengers

Avengers (2012). Finally Nick Fury puts his gang of superheroes together. To the already seen Cap, Iron Man, Hulk (albeit with a different actor) and Thor, are added Hawkeye and Black Widow. Set in 2012

Iron Man 3 (2013). Set six months after the formation of the Avengers, it is the third and final installment in the Iron Man saga

Thor: The Dark World (2013): After the adventure on Earth with the other Avengers, Thor returns to Asgaard to save him from destruction. Set after the facts of Avengers and before the arrival of Ultron

Guardians of the Galaxy (2014): Another superhero collective that is introduced to the MCU in 2014. A ramshackle gang of intergalactic thieves and fences, including a raccoon and a plant among its ranks, must save the galaxy. Set in 2014

Guardians of the Galaxy Vol. 2 (2017). In this sequel placed in time immediately after the events of the first chapter, Peter Quill finds himself making the acquaintance of his father …

Avengers: Age of Ultron (2015). Second collective mission for the Avengers, who this time find themselves having to fight an enemy created by themselves, Ultron

Ant-Man (2015): Thanks to the technology invented by Hank Pym (Michael Douglas), Scott Lang transforms himself into a superhero capable of changing his own dimensions: as small as an ant or as big as a Japanese kaiju. Set in 2015

Captain America: Civil War (2016). With the Sokovia Accords, the United Nations decides to control the activity of the Avengers. The team splits in half, with a pro-government faction led by Tony Stark and a rebel following Cap. Age of Ultron And Infinity War

Doctor Strange (2016). Focus on the mighty sorcerer Stephen Strange, played by Benedict Cumberbatch. Released in 2016, it tells about facts set between Civil War And Infinity War

Black Panther (2018). Set in 2017, it tells the story of the Black Panther character, the world of Wakanda and how T’Challa became king. Portrayed by the late Chadwick Boseman

Thor: Ragnarok (2017): Third chapter of the saga dedicated to the God of thunder, directed by Taiki Waititi, changes register compared to the rest of the saga and turns decisively on the comic buddy movie, with a protagonist couple consisting of Thor and Hulk. Set between Age of Ultron And Infinity War

Ant-Man and the Wasp (2018). New adventures for Scott Lang, here flanked by the Wasp. Set in 2017, it starts before Infinty War and ends up right in the middle of it

Avengers: Infinity War (2018). First chapter of the saga directed by the Russo brothers. Titan Thanos tries to collect all the Infinity gems to carry out his plan: wipe out half of the universal population with a simple snap of his fingers. Set in 2017

Avengers: Endgame (2019). Conclusion of the story that began with Infinity War, opens in a post-blip universe and shows us a Tony Stark on the verge of giving up and dying, lost in space, intent on recording his last message to Pepper. The surviving Avengers will seek and find ways to bring the missing ones back to life. And all the rest of the living beings exterminated by Thanos. It opens in 2017 but the facts take place in practice five years later, in 2022

Spider-Man: Far from Home (2019): Set eight months after the events of Endgame, sees Peter Parker return to school and find all his lost friends with the blip. The class leaves for a vacation to Europe, where Peter plans to declare his love to MJ, but a new threat is upon us, the one that has Mysterio’s face and costume.

Shang-Chi and the legend of the 10 rings (2021). First MCU Phase 4 film to actually be set after Endgame, Shang-Chi introduces a new hero of Asian origin who fights evil with kung fu blows

Eternals (2021): New superhero collective in the film directed by Chloé Zhao. The Eternals are gods who arrived on earth 7 thousand years ago, from the planet Olympia, to protect humanity from Deviants. Having remained dormant for centuries, the Eternals are forced to return to action for the return of their enemies

Spider-Man: No Way Home (2021). The latest highly acclaimed Spider-Man movie, the one that broke all records, the one with all the Spider-Man you always wanted to have and never dared to ask