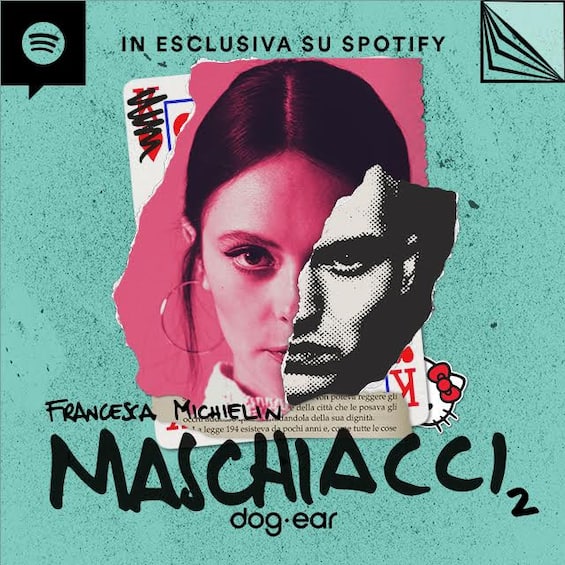 Patriarchate. How many times do you hear this word and how many times do we discuss it on Saturday night with friends, in talks, on social networks. It is a term nowadays inflated and whose actual socio-cultural implications for women and people belonging to minorities are often overlooked. But the effects are real, precisely because they are subtle and omnipresent in everyday life, in which the privilege of a particular social system is experienced. And it is precisely the concept of privilege that is analyzed, gutted and deconstructed in the second season of

Tomboysthe podcast hosted by Francesca Michielin and produced by Dog-Ear exclusively on Spotify. In fact, Maschiacci is a space to give space. To those who live in the constant shadow of stereotypes, cultural limits, patriarchy. It is not yet known whether we are facing a real cultural and social revolution, but the lesson we can draw from Maschiacci is that only by building a society in which equality goes hand in hand with freedom, and in which the gender of belonging is only one of the differences between human beings, it can be said to live in a just world. Because someday, terms such as engineer, lawyer, and architect will be common. Because someday even men’s bathrooms will have changing tables. And we will no longer read headlines like “she puts on her pants and he plays the mammo”. And it will not be a psychiatrist to determine what is female and what is not.

Like this, Francesca Michielin every Tuesday in the course of 12 episodes that lead the listener to the discovery of an infinite number of voices and stories of different personalities united by the same ideals such as Alessandro Zan, Emma, ​​and Claudio Marchisio, will address extremely topical issues, all in the name of dialogue, free and open. “’What are women fighting for today?’ was the claim of the first season of Maschiacci, which returns this time asking the question in a broader sense. “From great privileges comes great responsibilities”, reads the introduction, because it is time to roll up our hands, everyone, everyone and everyone, without exception, for a more equal and egalitarian future (and present) ”, said Francesca Michielin. “He is always at the center, the most powerful tool: language. Because to speak well is to think well, and vice versa. The protagonists and the protagonists of the second season will help give space and visibility to all marginalized categories, in a continuous confrontation to embrace

the complexity that characterizes and enriches our society “.

While waiting for the first episode “Alessandro Zan”, available from today, Tuesday 30 August, listen to the trailer of the new season of Maschiacci, exclusively only on Spotify. A Dog-Ear production.