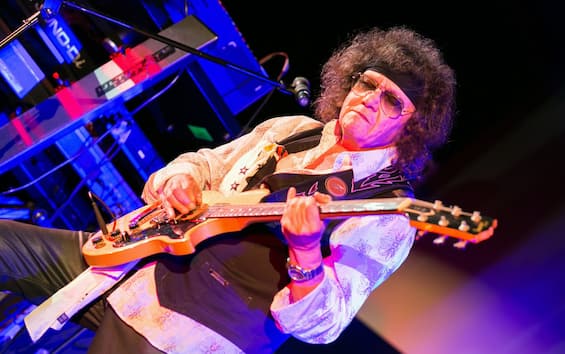 The guitarist Massimo Moranteone of the founders of the Goblins, died suddenly yesterday, Thursday 23 June, in Rome, at the age of 69. “The wife and children with great pain announce his untimely death. Undisputed artist, husband and loving father “we read in the obituary.

Massimo Morante was the Goblin guitarist, an icon band of Italian progressive rock. The funeral will take place tomorrow, Saturday 25 June, at 10.30, at the Basilica of Santa Maria in Montesanto (Church of the artists) in Piazza del Popolo in Rome. Great loss for the band, who wrote on social media: “With extreme pain and disbelief we are forced to announce that Massimo Morante, founder and irreplaceable guitarist of Goblin, has left us “.

Massimo Morante was born in Rome on 6 October 1952. He started playing the guitar at a very young age, at the age of 12, inspired by the Rolling Stones and Jimi Hendrix records. The fundamental meeting with the keyboardist dates back to 1971 Claudio Simonetti, with whom he records some songs with a line-up called Oliver. The first years were not particularly satisfying and in 1974, with Simonetti himself, founds the Goblin groupon the occasion of the recording of the soundtrack of the film Deep red by Dario Argento. The group also includes Walter Martino on percussion and Fabio Pignatelli on bass. The extraordinary success of the film went hand in hand with the success of the song, quantified in the sales of the 45 and the soundtrack LP. Meanwhile, the Goblins welcome two new musicians, Agostino Marangolo to the battery e Maurizio Guarini to keyboards. After that first soundtrack, the Goblins have composed many more, especially for horror films like Suspiria (1977), also by Dario Argento, Shock (1977), the latest film by Mario Bava, and Zombies (1979) by George A. Romero. In the eighties Morante released three solo albums, Down, Body to body And Exclusive!also collaborating with Renato Zero.