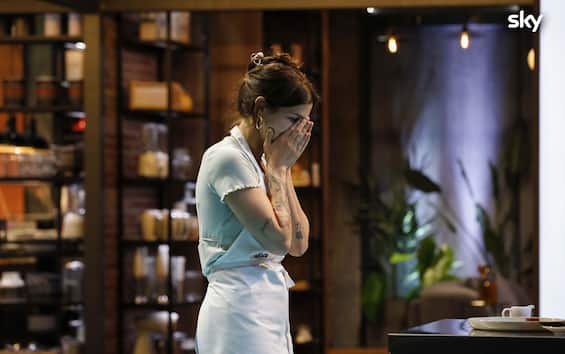 The MasterChef Italy competition (THE SPECIAL) comes to life and the welcome that the three judges reserved for the Masterclass last night was crazy: Bruno Barbieri “abandoned” the jury following the tests “remotely”, and so the 20 aspiring chefs saw alongside Giorgio Locatelli and Antonino Cannavacciuolo first the dreaded Master Pastry Chef Iginio Massari in the Golden Mystery Box and then in the Invention Test, then Antonio Lorenzon, ninth Italian MasterChef, for the first outdoor test of the season in Bassano del Grappa, his hometown. Finally, the Pressure Test, for which Barbieri returned, following which the first aspiring chef to take off her apron was Luciana, the 74-year-old ex-advertist from Milan. Among tests, advice, criticisms and compliments from the judges, one in particular makes the heart of Letizia and her companions beat faster. Massari’s words go down in history, leaving not only the person concerned breathless, but the entire public at home.

A first Mystery Box with the surprise of Iginio Massari next to Antonino Cannavacciuolo and Giorgio Locatelli, was what was needed to start with a bang. The Mystery is even Golden: the best of the test access the balcony directly, thus skipping the next Invention Test. A precious bonus, immediately conquered by Letizia, the 25-year-old social and health worker from Carpi (Modena), whose dish – “One evening in September”, dark pear in wine, almond crumble, white chocolate fondue, currant and chilli pepper sauce – receives the most unexpected praise ever: compliments from Iginio Massari, which we know is not exactly accustomed to doing it. The nightmare of all aspiring chefs, who, as Antonino well remembers, “uses sugar but makes all his students turn to bitter blood”, turns into a dream for Letizia. For her, he is an idol, and in her presence , at the moment of tasting, trembles with emotion and fear, but…” the pear has a fabulous transparency, you compete with meit’s really good”. You can fly beyond the seventh heaven!

The third appointment with the Sky Original cooking show produced by Endemol Shine Italy, last night on Sky Uno/+1 and on demand, totaled 814 thousand average spectatorsgrowing again by +6% compared to last week, and the 3.9% of shares, with the 69% of permanence. In detail, the first episode has reached 922 thousand average viewers and the 3.8% of shares, with 1,337,804 contacts; to follow, the second episode of the evening has reached 706 thousand average viewers, with the 4.04% of shares and 1,032,525 contacts. Growing data also for the two episodes of last week, in the seven days: average of 1 million 990 thousand spectators with almost 2.7 million unique contacts and a stay at 74%growing by +9% compared to last season and del +3% compared to the previous week.