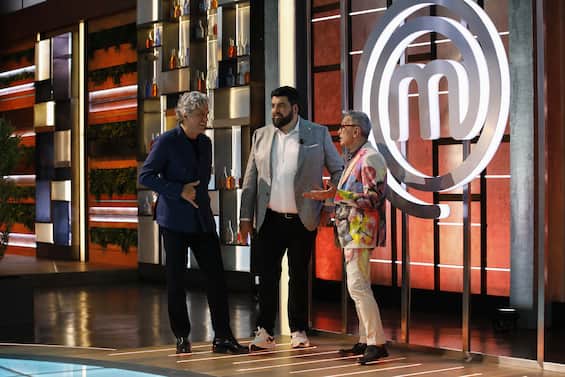 The challenges in the kitchen continue Master Chef Italy (WATCH THE SPECIAL) and today evening, Thursday 12 January on Sky available in streaming on NOW, the tests will reserve surprises and twists that will put amateur cooks in serious difficulty. Under the mystery boxes, aspiring chefs will not find ingredients and products for cooking but key people in the journey towards the realization of their dream. But unpredictability will be the watchword that judges Bruno Barbieri, Antonino Cannavacciuolo And George Locatelli they will also imposeInvention Testwhich will see the contestants cooking in pairs.

Afterwards, in the appointment of the Sky Original cooking show produced by Endemol Shine Italy by Thursday 12 January at 21.15, on Sky Uno and streaming on NOW, always available on demand and visible on Sky Gothe MasterChef Italia journey will land in the homeland of deliciousness Red onionto Tropeain Calabria, for the second test outdoors in season, between the intense blue of the sea and the unmistakable Mediterranean scents. The brigade that will be defeated will face the pressure testing, during which the amateur cooks will have to work with maximum concentration and with great attention to keep their white apron fastened.

The appointment with is also renewed MasterChef Magazine, the daily column on the air from Monday to Friday at 19:45 on Sky Uno and streaming on NOW.

On Friday 13 January, two competitors of this edition of MasterChef Italia will try to recreate a dish with the ingredients from the shopping that put them in difficulty during the last Invention Test. During the other appointments, then, the Master Pastry Chef Iginio Massari and her daughter Deborah they will prepare the Arluno cake, a travel dessert that combines Lombard ingredients and scents of Southern Italy; and they will return to the kitchen of MasterChef Dalia and Carmine, competitors of the last edition, who will put their improvisation skills into play to face a surprise test. And then Simone Finetti he will talk about his achievements in the kitchen by opening the doors of his restaurant in Ferrara The Artisans and to follow Tracy, winner a year ago, will host him in the kitchen of the Magazine to reinterpret the fried cream puffs, one of the symbolic dishes of her cuisine. Finally, chef Bruno Barbieri will continue to play the professor’s role by dispensing lessons to aspiring chefs from past editions of MasterChef Italia: this time he will question Mime, a competitor in the previous Masterclass, about potato gnocchi, a great classic of Italian cuisine

The program was created in full compliance with the safety of the participants and with the regulations relating to the measures to contain the contagion from the Sars-Cov2 Virus as per the Prime Minister’s Decree in force during the registrations.

The whole world MasterChef Italia chooses to commit itself – also this year – to issues of environmental and social sustainability, promoting conscious and eco-sustainable consumption, respecting the environment and not wasting food resources. For years now, production has been adopting an approach in all workplaces plastic free and eco-friendlyall consumer products related to food (plates, glasses, cutlery, trays, napkins) are compostable and eco-sustainable, and collaborates with Last Minute Market to recover the surplus left unused during the registration of the episodes in favor of the non-profit organization “Work Cardinal Ferrari” who runs a canteen for people in difficulty in Milan.

This year, by refining the processes for purchasing, disposing and recovering products and implementing a food waste management system, MasterChef Italia was the first company in the world to obtain the “Food Waste Management System” certification from Bureau Veritas, present globally and accredited by over 60 international bodies, world leader in offering verification, certification and audit services in the fields of Quality, Health and Safety, Environment and Social Responsibility. Bureau Veritas has also certified the correct application of the “Green Audiovisual” protocol which certifies the ability to manage environmental sustainability, reducing consumption and environmental impact, reducing transport, adopting a correct disposal of waste and waste generated.

In 2017 MasterChef was crowned by Guinness World Records as the “Most successful culinary TV format in the world”: more than 500 editions have been produced since the 2005 reboot, in 64 local versions and more than 10,000 episodes broadcast worldwide.

MASTERCHEF ITALIA: every Thursday at 21.15 on Sky Uno and streaming on NOW, always available on demand and visible on Sky Go.

MASTERCHEF MAGAZINE: from Monday to Friday at 19:45 on Sky Uno and in streaming on NOW, always available on demand and visible on Sky Go.