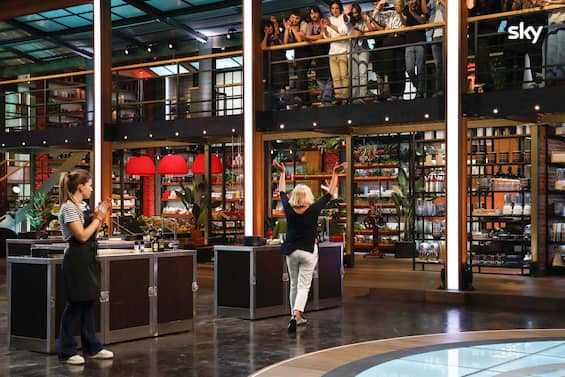 The third appointment with MasterChef Italia (THE SPECIAL) sees the departure of Luciana Battistini, first eliminated from this exciting new edition. After an adrenaline-pumping match as Brigadier captain, played at a fast pace during the outdoor match in Bassano del Grappa (VIDEO), unexpectedly, the oldest competitor of the Masterclass loses the challenge with the opposing team and finds herself among the worst of the Pressure Test together with the young Lavinia. Between the two aspiring chefs, it is Luciana who abandons the MasterChef kitchens forever: “I’m going back to being a grandmother”, these are her first words after the verdict. We interviewed her to get to know her better, here’s what he told us in the interview connected from home via Zoom.

the interview with luciana, first eliminated from masterchef 12

How did MasterChef go?
Considering that I didn’t decide, my children and my grandchildren did, it was a wonderful experience, I agreed to participate not thinking of even passing the selections, but it happened. Tried everything, glory and elimination from Masterclass. I’m happy.

Who do you bond with the most and who do you root for?
I bonded more with Ivana for a matter of age, but also with Letizia, Edoardo, Francesca and others, I’m actually rooting for a few people, Francesca, Leo, Bubu all have a lot of grit and imagination and I hope they can do it .

How has your routine changed after MasterChef?
Let’s say I have a line of people behind the door who want to come to dinner with me (laughs ed), cooking at MasterChef has given me the energy to experiment and do more than I already did.

Is there anyone in the family with whom you share this passion?
In my house there is a domestic kitchen, but also a research one, my son has this affinity with me and together we make various recipes; we try dishes, without the pressure of the competition like at MasterChef.

The best compliment you received from the judges?
There have been several, but I would say that hearing from Iginio Massari that I cook well is the compliment that is enough for the next three editions, I was amazed. Also because I cooked that dish somewhat improvising, you can see that the flavor was there. When I metabolized, in addition to amazement, I felt so much happiness.

What are you bringing to the table for the 31st?
Tomorrow evening I won’t cook, but on the 25th I made the closed cappelletti at home one by one with my hands, they are my workhorse, my grandchildren begin to ask me for them in July, but they are the traditional dish and I make them only for Christmas, it’s a gift. With twenty-four eggs this year I have prepared a lot of them, I keep them in the freezer and give them very sparingly.

Dreams in the drawer?
My dream is definitely to open a restaurant for children, where they can cook, eat and play, let’s see if I can make it happen.