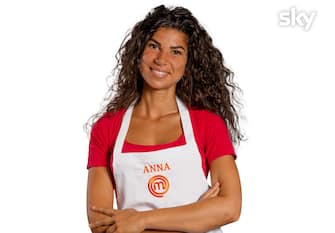 In Andrea Letizia’s dish the chefs note small errors due to the cooking of the duck. The competitor, aware of her mistakes, takes two no and the only yes from Chef Locatelli who decides to bet on her by handing her the apron with his signature.

MasterChef 2021, what happened in the first and second episode. PHOTO

At the start of MasterChef 2021 with the trio of judges “the funniest in history”. PHOTO

“I want to be a person who gives 100% in what he does and maybe even a little more”, it is with these words that Christian confides his expectations for the future to the judges. The trio has no doubts about him

The new season of MasterChef Italia is starting. From 16 December on Sky

Dalia is thirty years old and comes from Turin. For her, cooking is indispensable, a love that is transmitted to her by her family and her travels. His “May 5th” is worth the trip he made to get to MasterChef. The dish, according to the chefs, aspires to perfection and earns three yeses.

Elena is 55 years old and comes from Milan but lives in Lido Adriano. Former public relations manager for a large company, he presented himself to the judges with the plate “La cura”. For Cannavacciuolo it is no, but for Locatelli and Barbieri it is yes and he moves on to the next challenges.

Bruno traveled the world chasing the wave of rock and roll. At MasterChef he brought a traditional dish conquering the palate of the judges

Federico is thirty years old and has Argentine origins. Today he is a deejay, but his dream is to take over the family restaurant business. “My journey” is the dish he presents to the judges. Three yes for him

With a dish reminiscent of Puglia, the competitor Lia conquers the judges and the white grambiule

Mime is Japanese but has lived in Florence for over twenty years. With her plate “Suggestion of birth of Venus” she conquers the judges who give her the white apron

Roman and UX Designer by profession, Niki is 28 years old and presented himself to MasterChef together with his girlfriend Andrea Letizia, also as a competitor. With his plate “Ready, set and …” Nikki receives “the go” from the judges who give him the white apron.

Pietro, an entrepreneur by profession, arrives in the kitchen of MasterChef bringing a breath of freshness. For him, three big ones yes

Polone is a bouncer by profession, a job that allowed him to meet Martina, his girlfriend. Bullied as a child for his body and weight, the contestant proves to the judges of MasterChef that he has what it takes to enter the most famous kitchen on the small screen

Tina feels very judged by her friendships, at MasterChef she tries her way and with her contemporary minestrone called “Risk” she convinces the three judges

The young competitor of Nigerian origins who lives in Verona introduces herself with “Terra mia”, a rice sauteed in chicken broth. The harmonic dish conquers the palate of the judges who judge the recipe as fascinating.

Mery has chosen to follow her dream with sacrifice, amply rewarded by the judges who gave her the white apron

Carmine has little desire to study but a great desire to cook. It’s time to prove your skills

Giulia comes from Bologna and is a model. Cooking makes her happy and it is the path she has decided to take