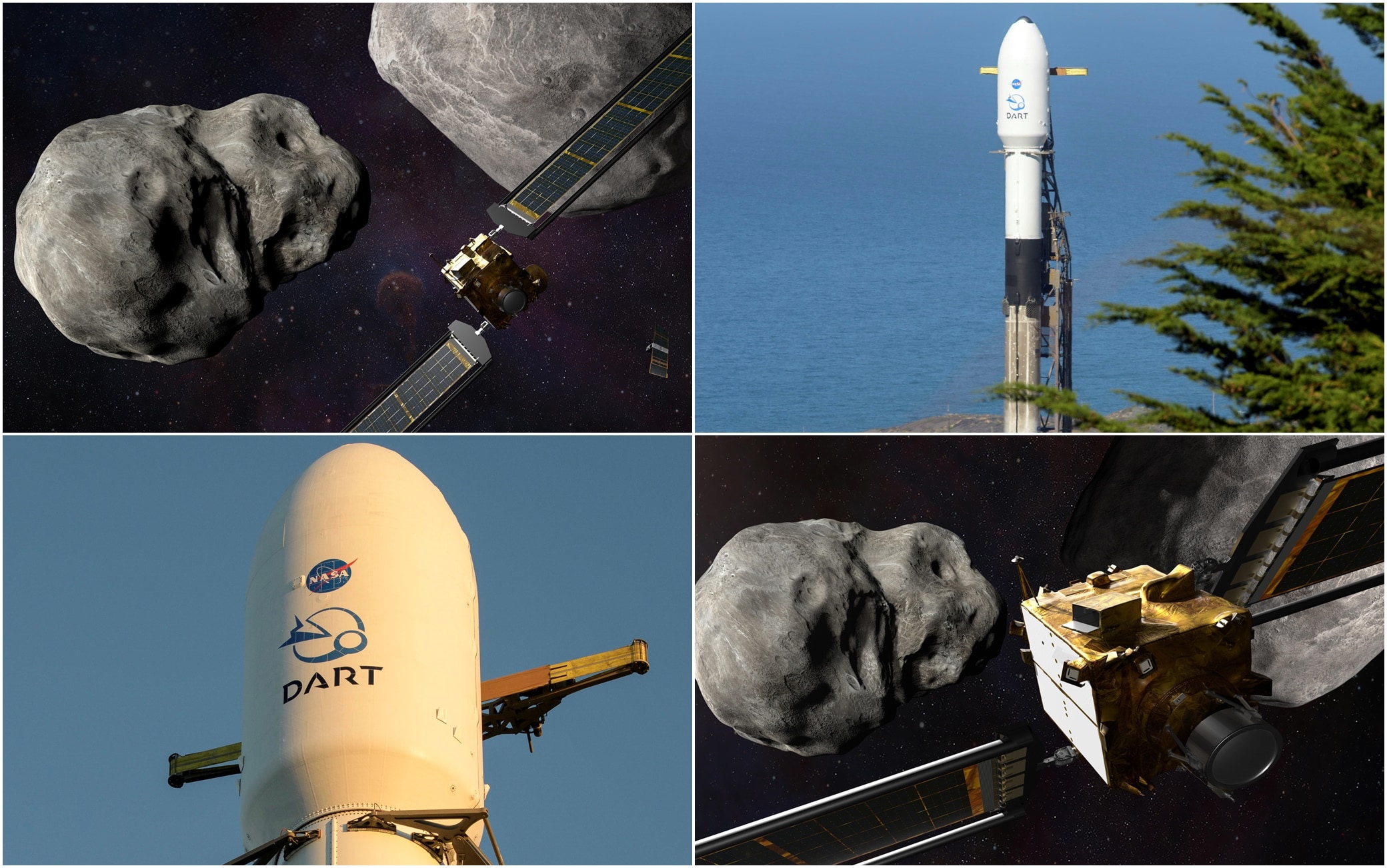 Dart, the first NASA mission to attempt to deflect an asteroid, has left. It was launched aboard a Falcon 9 rocket from the Vandenber base in California at 7:21 am Italian time. Its 11-month journey will be over 10 million kilometers long and its goal is to hit and deflect an asteroid 170 meters in diameter. Dart (Double Asteroid Redirection Test) is in fact a test bed to evaluate our ability to deflect a potentially dangerous asteroid. Italy is also on board with LiciaCube, a “photojournalist” microsatellite that will have to film the impact to evaluate its success.

Dart is therefore a planetary protection mission: it will be used to test on a non-dangerous asteroid, in this case Dimorphos, the possibility of deflecting a large rocky object possibly dangerous for the Earth, hitting it with a probe launched at high speed. During its journey, the 670-kilogram spacecraft will be accelerated by a mix of traditional propulsion engines and innovative ion thrusters to impact the asteroid at a speed of 21,000 kilometers per hour. It is estimated that the collision will produce an almost imperceptible change in Dimorphos’ speed, of just 0.4 millimeters per second, but that over time will result in a major change from the initial trajectory.

A piece of Italy on board

About 10 days before the impact, LiciaCube will be released, a small satellite entirely built in Italy by Argotec, on behalf of and in collaboration with the Italian Space Agency (ASI), and managed by researchers coordinated by the National Institute of Astrophysics (Inaf ). Once separated from Dart, LiciaCube will move about 50 kilometers away sailing autonomously, in a safe position and with the best view to observe the impact of the probe with Dimorphos. The two on-board cameras – Leia (Liciacube Explorer Imaging for Asteroid) and Luke (Liciacube Unit Key Explorer) – will be essential to document the last moments of Dart and above all to measure the effects, initially very small, that the impact will have on the trajectory. of the asteroid. LiciaCube will be the Italian satellite to operate farthest from Earth and will be managed by an all-Italian team that includes researchers from the National Institute of Astrophysics (Inaf), Polytechnic University of Milan, University of Bologna and Parthenope of Naples, Institute of Applied Physics of the Council National Research Institute (Ifac-Cnr) of Florence, coordinated by Elisabetta Dotto of INAF. “The role of LiciaCube will be very important for the success of the entire mission and there were many technological challenges to be faced, also because the microsatellite will have to independently manage the operational phases and the various possible situations that it will face”, he said. Giorgio Saccoccia, president of ASI.

The goal of Dart

Dart’s goal is therefore to slightly alter the trajectory of Dimorphos, a “moon” about 170 meters wide (twice the statue of Liberty) that surrounds a much larger asteroid called Didymos. The two orbit the Sun together. The impact is expected to occur in the fall of 2022, when the asteroid system will be 11 million kilometers from Earth, the closest point ever reached. “We are trying to learn how to deflect a threat,” said Thomas Zuburchen, head of NASA’s $ 330 million first-of-its-kind project. ‘orbit of a potentially dangerous asteroid, “Saccoccia commented. The asteroids in question do not represent a real threat to our planet but belong to a class of celestial bodies known as Near-Earth Objects (NEO), which can approach the Earth within 30 million miles. There are 10,000 known asteroids near the Earth 140 meters in size or larger, but none have a significant chance of hitting the planet in the next 100 years. Scientists think there are still 15,000 similar objects in waiting to be discovered. Dart is the first of two missions of the Aida program (Asteroid Impact and Deflection Assessment), the second will be Hera of the European Space Agency ea (Esa) with NASA.