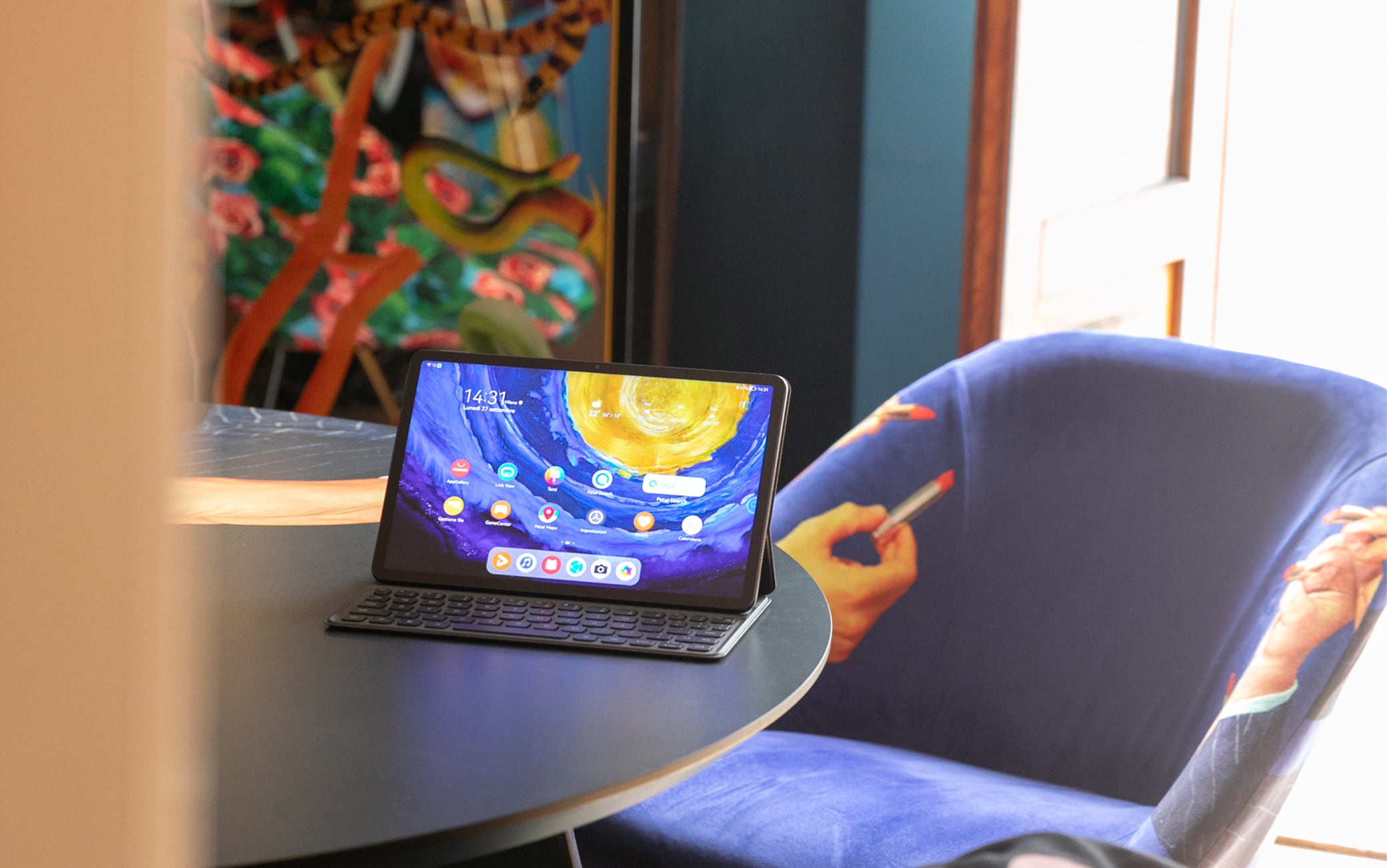 Whether for work or for entertainment, Huawei’s MatePad 11 is a very interesting tablet, which we put to the test during a very original presentation that took place in Milan, which we will discuss in detail later. A fast, performing tablet with an interesting price and on which we were finally able to try the new Harmony OS operating system from the Chinese house. Below is the report of our test.

MatePad 11 weighs just under 500 grams and is equipped with a Qualcomm Snapdragon 865 processor. The 11-inch screen has a 120Hz refresh rate: it is very responsive and with very fluid and bright images and is designed for minimize user exposure to blue light and flicker. We also appreciated the sound quality, thanks to a quad-speaker system designed by Harman / Kardon. The 7,250 mAh battery is very good: it fully recharges in an hour and 50 minutes (in our test it reaches 35% in half an hour and 64% in an hour) with the charger included in the package and gives energy to the tablet – with moderate use – for several days, while with intense use we have quietly reached two days. During our test we also combined the MatePad 11 with Huawei’s Smart Magnetic Keyboard (to be purchased separately for 99 euros): in addition to covering and protecting the tablet, it offers a natural writing experience.

On MatePad 11 we had the opportunity to try Harmony Os 2, Huawei’s proprietary operating system that replaced Android: let’s say right away that the experience is almost identical to that offered by smartphones and tablets with Google’s operating system: the first setup is simple and intuitive and the menus are practically the same as we are used to. Among the features of Harmony Os 2 a “Bottom Dock” that collects frequently used apps and new widgets with which to view information in real time and access certain functions without opening the related apps. Furthermore – and this is a topic on which Huawei insists a lot – the tablet works very well with the other products of the ecosystem including smartphones and PCs: it is possible to work in mirror mode (looking at the tablet display even on a larger screen) or in extended mode (two screens) or, again, exchange text, images, documents on the fly between connected devices, even with Windows. The multitasking experience is also good to use multiple apps at the same time on MatePad 11.

On Harmony OS 2 we don’t have all the apps we are used to using on Android or iOS; in any case, the store is growing day by day and today it has 120,000 apps, of which 12,000 are released in Italy alone. During our testing weeks prior to the publication of this review we ran a lot of tests with the most used apps. We found the biggest problem with Google Drive: through the browser we can read our documents but we were unable to edit them. For the rest, you can use Gmail in web mode or associate the account with Huawei’s email app, Microsoft Office is downloadable and works well, same thing for Netflix which has its own app, Teams works well with the web version , Zoom is fine as well as Spotify, Dropbox is fully accessible from the web, same thing for YouTube or TuneIn. There are also many apps included, from Petal Maps to the calendar to Health, to keep your health under control. In general, after a first moment of “disorientation” in front of the lack of some apps, also thanks to the very intuitive AppGallery interface, the average user can find a solution for most of their favorite services.

The pen and the TOILETPAPER experience

The tablet can be associated with the second generation HUAWEI M-Pencil (to be purchased separately at the price of 99 euros): it is a platinum-coated stylus that allows you to write, draw, sketch, take notes, color and behave really very well, with a natural experience and a latency time (the difference between the moment we write and the moment the stroke appears on the screen) really low. The pen offers a whopping 4,096 levels of pressure sensitivity and attaches magnetically, while recharging, to one side of the tablet. Interesting is the HUAWEI Freescript function, already seen on iPad, which transforms handwritten text into digital text instantly. To fully show the potential of the pen, Huawei has organized a guided tour to discover TOILETPAPER Home with a workshop by illustrators Ale Giorgini and Antonio Colomboni. TOILETPAPER Home is the home-studio of the image magazine by Maurizio Cattelan and Pierpaolo Ferrari, an eclectic building in the heart of the Città Studi district in Milan that is characterized by its eccentric rooms full of provocative and irreverent memorabilia and objects and colorful furnishings.

We found MatePad 11 to be a very interesting, performing and reliable tablet. As always with Huawei products, it is necessary to come to terms with the lack of some apps and Google services installed but for those who do not need specific apps and want a reliable tablet for work, study or entertainment, from excellent screen and long-lasting battery, certainly Huawei MatePad 11 is a very valid product. MatePad 11 is available in the 6 gigabyte version of Ram and 128 storage at the price of 449.99 euros (at the moment the keyboard is free on the site); the cheaper version, with 6 gigabytes of Ram and 64 of storage space, is available on the official website together with the keyboard and the M-Pencil on offer at 399.90 euros. Three colors available: Matte Gray, Isle Blue and Olive Green.