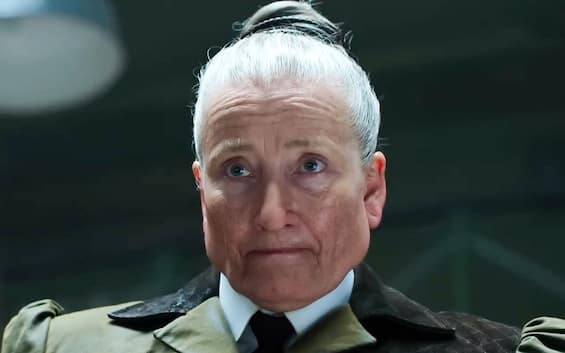 Emma Thompson and the Miss Agatha Trinciabuand in the movie Matilda The Musical directed by Matthew Warchus and recently landed on Netflix (also visible on Sky Q and via the app on the Now Smart Stick). The YouTube channel of the streaming platform has released an incredible video showing the extraordinary preparation of the actress in the role of the novel’s antagonist Matilda Of Roland Dahl published in 1988.

Alisha Weir is the young protagonist of the film signed by the director of Pridenominated for a Golden Globe in the category Best comedy or musical film. In the new Netflix production (also visible on Sky Q and via the app on Now Smart Stick) Emma Thompson took on the role of Miss Trinciabue after a long preparation process.

The Netflix YouTube channel has released a video showing the actress busy with prosthetic makeup.

Barrie Gower, Prosthetics Designer, said: “We started with a two hour application. We were guided a lot by the stage show and the first sketches of Rob Howell, the Costume Designer. We tried to get the angular and intimidating facial structure of the Chopper on Emma’s face, without covering it completely. That was the challenge.”

Emma Thompson recounted the meticulous work done on the set by Naomi Womenhead of make-up who said: “She had this sort of straw yellow base, I painted the broken veins that exploded because she always explodes in anger”.

Space then also at costume military-style main worn by Miss Trinciabue. The actress said: “It’s the details of the costume and the make-up that create the character”.

Finally, Emma Thompson (PHOTO) added: “Because of the make-up and these huge costumes I had to give 100% of my energy”.