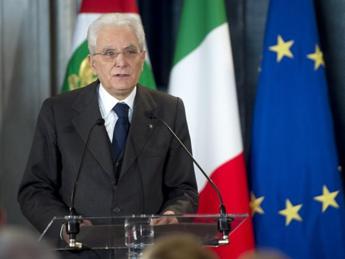 IS “the last time I can address your community”. This was stated by the President of the Republic, Sergio Mattarella, expressing his best wishes for the upcoming holidays to the ambassadors and ambassadors gathered at the Farnesina for the fourteenth Conference.

“Cohesion between liberal democracies remains a priority and constitutes the nucleus around which to strengthen a broad and close connection between the countries with a democratic order” of the European Union, said Mattarella.

“The defense of liberal-democratic values ​​and the rule of law within our continent and outside it – starting with that cardinal principle of the European construction represented by the primacy of community law – it is, in this sense, essential. These are values ​​- the head of state remarked – which must nevertheless be practiced and lived, both through the strengthening of the irreversibly democratic character of European citizenship, and in the management of the crises facing Europe. The attitude of ‘Fortress Europe’ which, with little respect for human rights, some display, does not correspond to the ambitions of this European Union“.