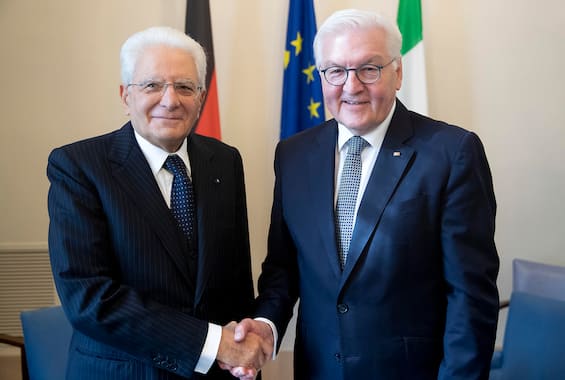 An invitation to European countries to overcome their differences, supported by the German president Frank-Walter Steinmeier, and an invitation also on the domestic front to mitigate the effects of high bills on households and businesses. Sergio Mattarella in Malta participates in the summit of the Arraiolos Group focused on the Ukrainian crisis, its consequences and the need for European solidarity. Before sitting at the round table with twelve heads of state from the continent, he meets his German colleague. In recent days, Germany is being criticized, on the one hand, for its 200 billion domestic aid program for families and businesses, and courted, on the other, to recreate a leading group of EU countries.

During the bilateral meeting, Mattarella and Steinmeier said they were convinced that the next EU council will be able to overcome the differences on energy. Mattarella then launched another exhortation: “We must mitigate the consequences of the increases in the cost of energy on the life of families and businesses”. An objective that everyone considers shared but the frictions between countries and political lines on the instruments to be put in place risk nullifying the immediate effectiveness of the declarations of intent.

“We must equip ourselves with adequate tools, Mattarella later said, attending the summit of the Arraiolos Group. A common foreign and defense policy of the Union in close collaboration with NATO is indispensable. The steps taken in the field of common European defense have been so far rather modest “.

The situation in Iran

“The strength of European values ​​in defense of rights, freedom and democracy” is unstoppable, as the situation in Iran demonstrates, adds Mattarella at the Malta summit. We must therefore equip ourselves with adequate tools. A common foreign and defense policy of the Union is indispensable “.