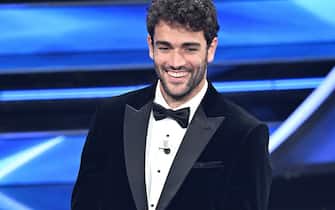 Matteo Berrettini, guest of Sanremo 2022, was chosen by Amadeus as special guest of the first evening of Sanremo. The artistic director has always shown himself to be attentive to sport and its champions

WATCH THE VIDEO: Sanremo 2022, 8 best moments of the first evening

Champion Matteo Berrettini enchants the Ariston audience with his formal elegance. His look is a Hugo Boss tuxedo

Berrettini became known to the general public in 2021, when he was beaten in the final at Wimbledon by Novak Djokovic, at the end of a three-hour long match.

Sanremo Festival, all the news

Reached by Fiorello on stage, the showman reveals that he met the tennis player’s father in his youth: he gave him tennis lessons for a period

Sanremo 2022, the report cards of the first evening of the Festival

Sanremo 2022, the most beautiful dresses of the early evening. PHOTO

Berrettini recently reached the sixth position in the ATP ranking. The young champion is the best Italian ever in his discipline after Panatta

In the ATP ranking, in the top ten positions, Berrettini precedes the Russian Andrey Rublev, the Norwegian Casper Ruud, the Canadian Felix Auger-Aliassime and Jannik Sinner to close the top ten

Awarded by President Mattarella together with the Azzurri of the national football team, Berrettini has definitively entered the hearts of Italians with his extraordinary performances last summer

The Roman tennis player is known by the nickname of “The Hammer”, literally the hammer, due to his technique in serving and straight shots.