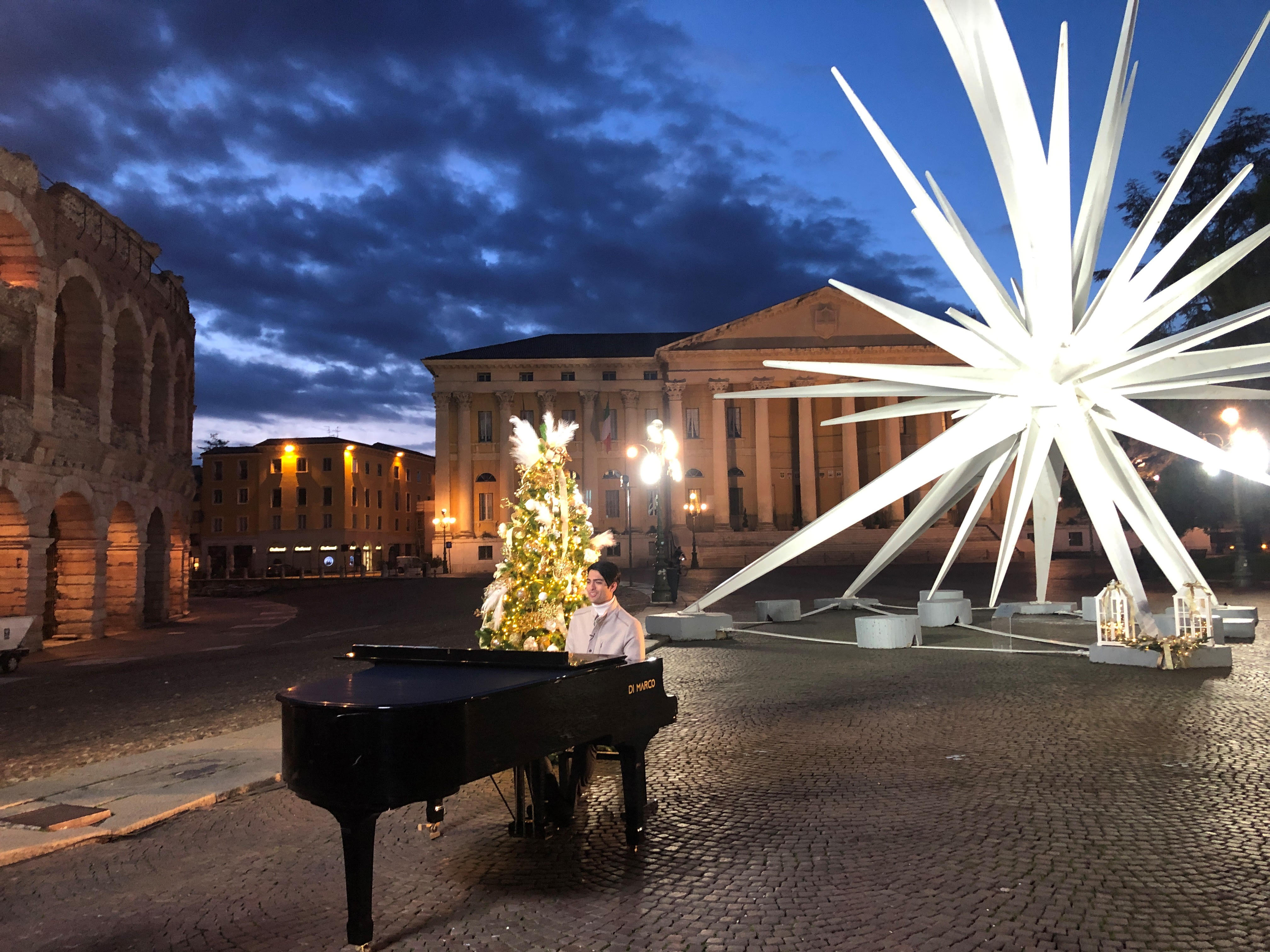 It is a golden moment for Italian artists in America, if you think about the success of the Maneskin (who will be in the Arena in April 2022) and Matteo Bocelli, only 24 years old, has already started his international career. In the USA, after being the protagonist of an important advertising campaign with Jennifer Lopez, on September 24th he released his first single “Solo”, a highly introspective song focused on his own fragility, the loneliness linked to the frequent travels of his father Andrea in the world.

Now he is in that same role. The choice to sing in English puts him in an international perspective, while maintaining a close and authentic link with Italy. Spectators of the historic TV show “Good morning America” will see him interpret his first single, accompanied by an orchestra on the Adige bank with the spectacular view of Castelvecchio. And then, the Arena and Piazza Bra, with the iconic comet, will embellish the Christmas songs. “We are working so that Verona can be an increasingly privileged destination for international tourism and this is a new beautiful opportunity to show our city to the American public”. so commented the Mayor of Verona Federico Sboarina in greeting Matteo Bocelli. Film direction by Gaetano Morbioli. Italian Symphonic Rhythmic Orchestra conducted by the Maestro Diego Basso.