In his recent biographical book the actor matthew perry he opened his heart and among the multiple revelations he says that ‘Friends’ fans may know exactly what drugs he was taking based on his changing appearance on the show.

The 53-year-old actor, who nearly died from his drinking and drug use, jokingly shared guidance in his upcoming autobiography ‘Friends, Lovers, and the Big Terrible Thing’ about how his addictions could be traced from his variable weight and beard while playing Chandler Bing on the 10-season series of the sitcom 1994 to 2004.

In an excerpt obtained by Page Six, he said: “You can track the trajectory of my addiction if you measure my weight from season to season.

“When I’m carrying weight, it’s the alcohol; when I’m skinny, it’s pills; when I have a goatee, there are a lot of pills”.

Matthew has recounted how he spent millions of dollars to get sober, recently telling The New York Times: “I’ve probably spent $9 million or something trying to get sober.”

The actor added to PEOPLE: “If you don’t get sober, you’re going to lose everything you put in front of you, so my sobriety is up there.

“I am an extremely grateful guy. I’m grateful to be alive, that’s for sure. And that gives me the ability to do anything.” 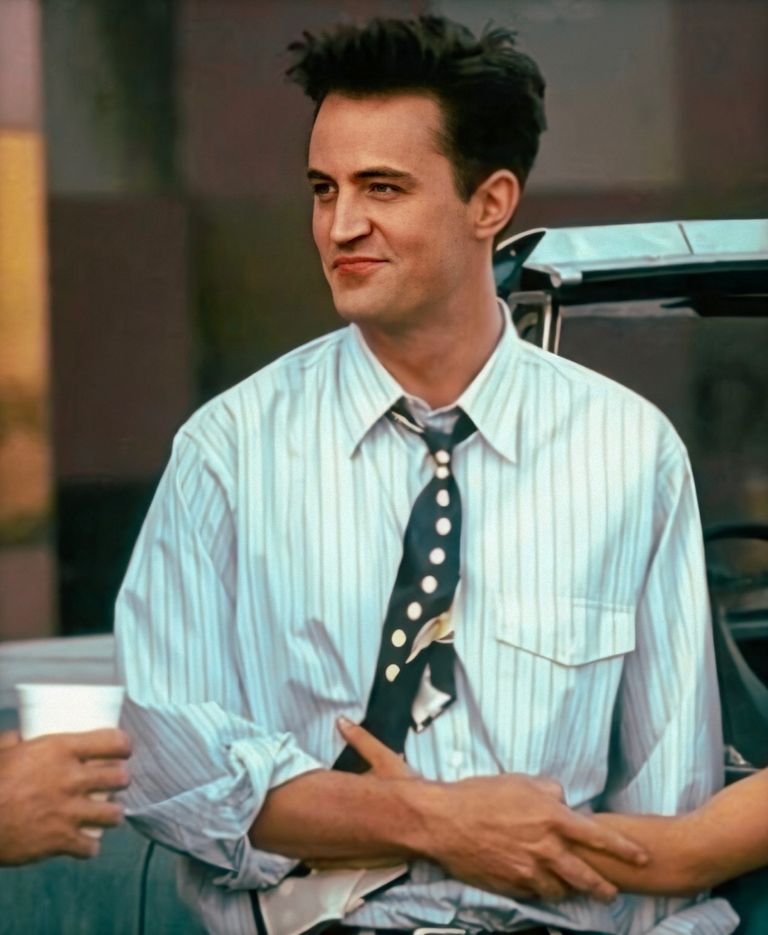 Matthew recently celebrated 18 months of sobriety following a near-death experience after his colon burst due to his drug use, resulting in a five-month hospital stay and the actor having a colostomy bag fitted.

He has admitted: “My therapist said, ‘The next time you think about taking OxyContin, just think about having a colostomy bag for the rest of your life.’

“And a little window opened, I crawled through it and I don’t want OxyContin anymore.”

During your lowest pointsMatthew was taking 55 Vicodin a day and at one point he weighed only 57 kilos.

He has also told PEOPLE that he just has to “look down” to the scars on his stomach from the 14 surgeries he underwent to remind him to stay sober.

Matthew’s colon burst from overuse of opioids in a “gastrointestinal perforation”and said: “The doctors told my family that I had a 2% chance of living. They put me in a thing called an ECMO machine, which does all the breathing for your heart and lungs. And that’s called an Ave Maria. Nobody survives that.