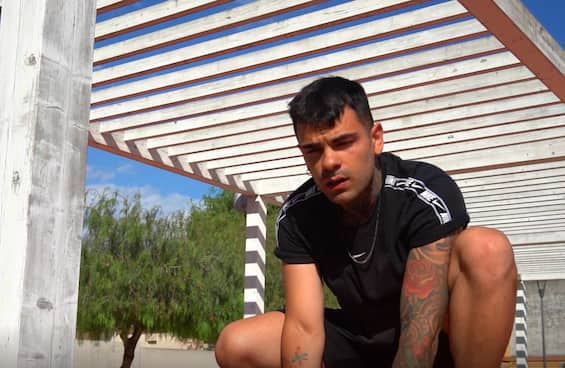 In the text of Favela I tried to give a voice to all the kids who grew up in the Brazilian suburbs with the dream of a new home beyond the sea. In reality, the dynamics of the text are perfectly suited to all the kids who come from the suburbs: when you are small and you grow up in a difficult environment, you go to sleep every night with the hope of being able to emancipate yourself as soon as possible. Favela and Le Vie are the two new singles released. The two songs are closely linked, on the one hand there are the children who live in the Brazilian favelas surrounded by crimes and dangers and on the other there are us, children who grew up in the streets of the neighborhood. “Home is home only among these streets” refers to that feeling of when you return to your area, the air of home among those streets that have accompanied you in the most beautiful but also the most difficult years. The connection, however, comes when even a boy who grew up in the streets of the neighborhood dreams of a distant future.

Children, unaware, are born and raised in a lifestyle where gunshots are terror and bandits are the model. The now absolute domination of drug trafficking in the favelas inevitably also conquers the imaginary universe of the little ones who see the people involved in drug trafficking around them every day selling drug packages, walking around with arms on their shoulders, talking to the inhabitants by deciding on their existence. , apply the law of the most ferocious, kill traitors and respond with weapons to police invasions.

Living conditions in the favelas are extremely precarious. Everything is missing in the life of these people. Their “houses” are made up of small, hot and dirty shacks, often built on the edge of rivers or lakes, with the inevitable risk of floods and collapses. The favelas exist only in the capitals, the big cities. Many people emigrate from small towns in the hinterland, where they generally work in the fields, cultivating and looking after the animals; they leave everything and go to the big cities in search of work and with the hope of finding better living conditions.

My interest in a social text such as Favela also came thanks to my acquaintance with Ugo Bressanello, president of the Domus De Luna Foundation, born in 2005 to help families and people in difficulty. Ugo was fundamental because in those years he involved me in various social activities, I sang in the squares with the kids, I sang in school classes and in family homes. I have beautiful memories of those years. Subsequently Ugo transformed a former abandoned market located in Pirri, where I grew up, into a social center that welcomes the young people of the neighborhood as well as the children of the communities. Also on this occasion we gave life to some fantastic events, I sang with the boys and made a song especially for Domus de Luna. I am very grateful to Ugo for what he has done and what he continues to do. The synergy with Domus de Luna continued with the “Favela” video clip. We had a lot of fun with the boys, we played football and basketball, while Davide was filming us. Realities like these are proof that you can be happy even if you come from a difficult area.