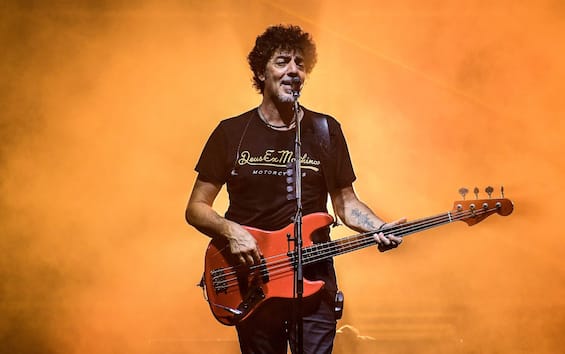 Max Gazze is coming back: the singer-songwriter has announced a new record work and a tour in theaters in the second half of 2023, taking all his fans by surprise. It could be guessed that something was in the air but the communication from Gazzè himself amazed those who thought that times were much shorter. The tour calendar could still be defined, considering that there are still many months left and that in the meantime the singer-songwriter could add new dates to respond to all the requests from fans who would like to see him live in his return to the scene. Gazzè decided to take some more time, concentrating on making the album.

As mentioned, it was the singer-songwriter himself who announced the autumn 2023 theatrical tour, which will start from abroad and will have some dates across the border before focusing entirely on Italy, for a series of live stages that will last almost three months. Pre-sales opened on December 16th. “I chose theatres, which are home to so many stories, to tell you a special one that begins with a new album. I will do it starting from the place where I lived for years, Brussels. It will be a tour that will have the stage of some of the most beautiful theaters in Europe as its home. Here the first appointments”, wrote Max Gazzè. The post was accompanied by the official poster of the tour, very simple and without baroque elements, as is the style of Max Gazzè. In the same poster it is specified that the calendar is being updated. This means that dates and events may add up.

The departure of Max Gazzè’s tour for autumn 2023 has been announced for October 7th, the end for the 30th. In between concerts in Europe and throughout Italy, with some double dates in the larger cities to cope with the greater number of ticket requests. This is how the calendar appears in the poster published by Gazzè, pending further changes: