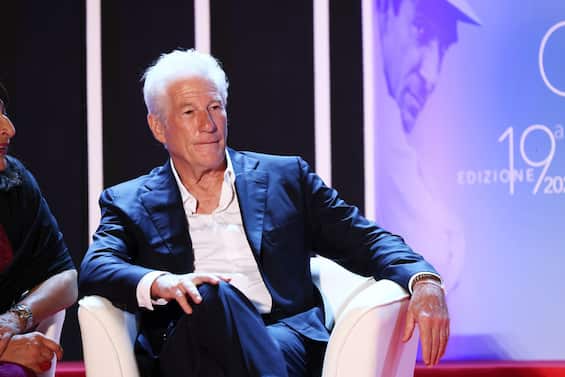 
The Italian title of Maybe I Do suggests better than any possible synopsis in front of which film we are facing: Meet the fathers-in-lawthe it’s that kind of romantic comedy that arises from the encounter/clash between two families that seem to be very different and united only by the love that binds their respective children. In this case, however, all is not as it seems and the two sets of parents seem to know each other much more than one might expect.

From triangle to square

We have seen love triangles staged several times in the cinema but here things get even more complex than usual, adding another side to the story to tell what can be considered an almost unprecedented love “square”. The protagonists of this crowded ménage à quatre are two couples on one side Richard Gere and Diane Keaton and on the other Susan Sarandon and William H. Macy. This poker of stars is put to good use to tell the story of two marriages mired in boredom, which inevitably slip into betrayal. Both Gere and Keaton and Sarandon and Macy continue their union for their children, Michelle and Allen. But what happens if the latter, unaware of their parents’ love affairs, decide to fall in love?

Till death do Us part?

Unlike I present mine this time the young couple who are thinking about the plunge is not at the center of the plot but rather acts as a “smoking gun” to trigger events. Formally the parents of the characters played by Emma Roberts (American Horror Story) and Luke Brace (seen in Elvis) don’t know each other and must continue to pretend they do, even when they are brought together under the same roof for the inevitable dinner between future in-laws. But how can these protagonists look with confidence at the next wedding of the heirs if their union shows how much everything deteriorates over time? Will the older ones rediscover the old sentiment or the younger ones will cynically understand how much love is a complicated mechanism? We will find out in this delicate comedy with an almost theatrical setting, which also thinks tangentially on themes increasingly explored recently in the cinema (such as the persistence of desire even at a certain age, see on the subject My pleasure with Emma Thompson). The film of Michael Jacobs (in his directorial debut) is also finally an opportunity to see a decent piece of cinema history together on the screen, with Sarandon and Gere spearheading this all-star lineup. Will you see it? We also accept a nice “maybe I do” as an answer.