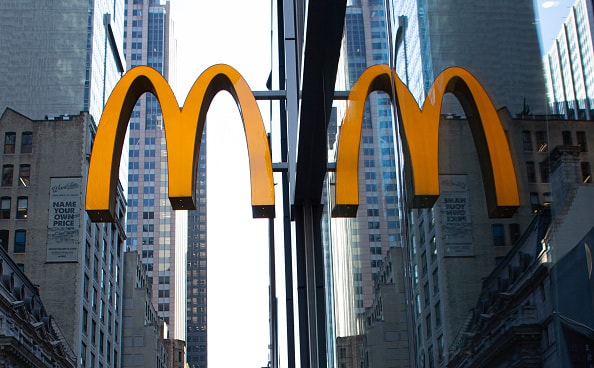 Stephen James Easterbrook was fired after discovering an “affair” with an employee. He claimed to have been in a consensual relationship, but the investigation revealed another reality

It was on top of the world. James Easterbrook, a 54-year-old Englishman with three children, had become, through hard work, the CEO of one of the largest companies in the world, McDonald’s. Then, however, it all ended quickly, and he had to reach another peak, this much less enviable one. It is in fact the protagonist of the highest return in history that an employee has had to pay to a company. The figure is 105 million dollars.

To cause this precipitous collapse, a story of sex scandals. The story begins with a complaint filed by some employees against Easterbrook, in which the top manager was accused of having an affair with an employee. This was revealed by the same woman involved in the “affair”, who in good faith would have shown other employees the messages that the CEO had sent her.

According to the McDonald’s code of ethics, this would have been inappropriate behavior. Although Easterbrook, who had since divorced, had replied by claiming that it was a consensual relationship.

However, the company’s press release that spoke of “not tolerating behavior that is not in line with our values” is harsh.

A well-paid trip, then the internal investigation

And so far, the story could be traced back to an excess of Puritan rigor. Especially since the same company had agreed with the former CEO a separation agreement “without reason” equal to 42 million dollars and the payment of 26 months, equivalent to 670 thousand dollars. In short, a traumatic break, but at least well paid.

Subsequent investigations, however, revealed much more.

While in office, Easterbrook had built many other relationships with employees, exchanging sexually explicit messages, photos and videos. He would have sent the company emails containing “dozens of photos and videos of female nudes”, probably recorded during moments of intimacy and deleted from his account (but not from the company server). shortly before the first investigation took place. Worse, Easterbrook allegedly sold McDonald’s stock for hundreds of thousands of dollars to one of his mistresses the day after a sexual relationship between the two, according to the company’s internal investigation.

In short, not only a question of ethics, but also more brutally of the portfolio. Even if the moral remains that, very often, to bring down the men of power are not external or internal competitors, but their worst enemies: themselves.