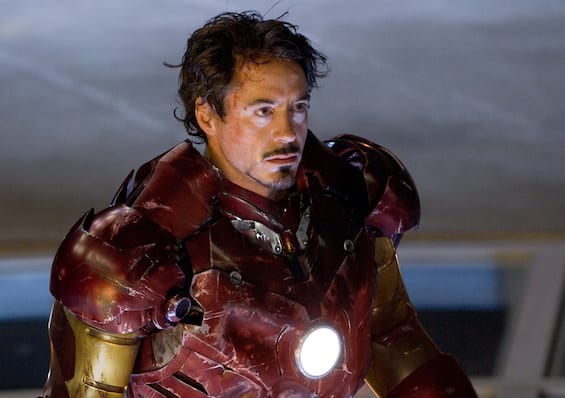 The Marvel Cinematic Universe, the success of the cinecomics and the collective passion for superheroes in general could not have existed without the cinema release of Iron Man. It was Tony Stark, with his super-technological armor, who opened a road that fourteen years ago didn’t even seem so passable. As the MCU enters a new phase, in which Iron Man has even been replaced in some way by new heroes, however, it is difficult for fans to forget the character brought to the screen by Robert Downey Jr. After the character’s last appearance in Avengers: Endgame, rumors of a possible return were periodically heard which were always denied. Since 2019, however, for the first time, rumors seem to appear that have a foundation, truly capable of giving new life to the hopes of this superhero’s orphans.

The founding father of the Marvel Cinematic Universe would now be about to get back into the game. This is supported by the Twitter account MyTimeToShineHello, already in the past proved to be a reliable source regarding the world of the House of Ideas. The bomb dropped this time would be that Robert Downey Jr. could be back in the game even before Avengers: Secret Wars. To support the hypothesis of an appearance in the next ensemble film there would actually also be the fact that, with the story involving various multiverses, virtually everything becomes possible. But MyTimeToShineHello he doesn’t limit himself to suggesting a mere participation in the next group blockbuster, going so far as to write in no uncertain terms: “RDJ is back baby! For Secret Wars for sure, and there have been talks for a cameo in too Armor Wars”. On the other hand, this last film (which was initially thought to be a series) would seem like a perfect rentrée for Tony Stark, given that at the center of the film we have Colonel James “Rhodey” Rhodes aka War Machine already in the past very close to Iron Man. We’ll see if the rumors will actually be confirmed. Under the post, a self-styled “Marvel informer” also confirmed this, claiming to have spoken directly with Downey Jr. A detail that is difficult to take seriously but which helps to ignite everyone’s fantasies even more.

Of course, seeing the hype that has arisen from these few lines, it almost makes you smile to think of the assumptions with which the first was set up Iron Man. It was indeed an ambitious project but on which, first of all, the names involved had no certainties. It was 2008 and, after the Spider-Man signed by Sam Raimi, everyone had tried to replicate the formula almost always without success. Bringing a superhero to the cinema, moreover not of the highest quality like the Iron Man of that period, represented a bet that only an actor looking for a revival like Downey Jr. could possibly accept. The star recently admitted publicly that at the time each member of the team felt ready for anything, even to face the hypothesis of a bankruptcy outcome of the film. The great uncertainty about what could have come out had allowed director John Favreau however to work with substantial freedom, giving him the opportunity to shape the foundations of a blockbuster from scratch. Marvel Studios left a lot of room on a creative level, aware that they still had an extreme way out in case they didn’t like the result of the experiment. Just a few days ago, the protagonist of the cinecomic revealed something more about the climate that prevailed during filming at that time: “Every day I find out more about how the film was financed, it was practically ready to be canceled if it went bankrupt. And so, anyway, that was the perfect thing, because there weren’t a lot of aggressive creative eyes on us. And when they gave her to us, it was like crazy people taking over an asylum.” Today, presumably, a return to Downey Jr. would happen in a very different context, even in terms of expectations. However, the audience’s dream of hearing the cry “I am Iron-Man” one last time could really come true in this phase six, in which the Marvel Cinematic Universe is at a decisive crossroads for its future.