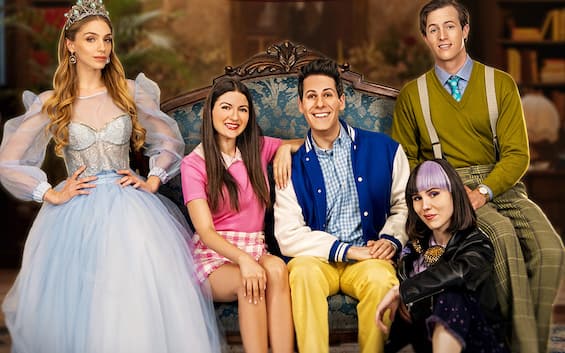 Luì and Sofì debuted on Prime Video (also visible on Sky Q and via the app on Now Smart Stick) with the series Me Against You: The Royal Family.

Me Against You: The Royal Familythe acronym

An extraordinary success that in a short time made the two young protagonists real superstars: from the explosion on YouTube to the conquest of the big screen up to the birth of a real franchise.

Sofìe and Luì have now arrived on Prime Video (also visible on Sky Q and via the app on Now Smart Stick) with the series Me Against You: The Royal Family.

The Prime Video YouTube channel has distributed the theme song for the series, formed by eight episodesshowing characters and setting.

In parallel, Prime Video released the official synopsis of Me Against You: The Royal Family on the production sheet, this is the beginning: “Luì and Sofì begin a study holiday with a queen to learn her traditions. In addition to the severe housekeeper Cornelia and the butler Bruno, they will live with her grandchildren: Divina and Tronaldo, accustomed to ease and the rebellious Emma ”.

The text then continues: “Here they discover that the noble loves simplicity and that she invited them to show their grandchildren the genuineness of two normal people: they were therefore the real teachers!”.