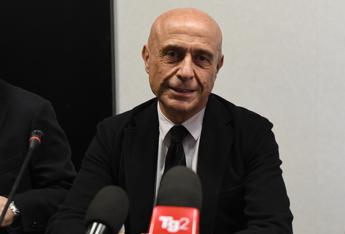 The document was signed by the president of Med-Or, Marco Minniti and by the ambassador of Jordan in Italy, Kais Abu Dayyeh, on behalf of the Ministry of Foreign Affairs

The Med-Or Foundation today signed a letter of intent with the Hashemite kingdom of Jordan, to cooperate in various sectors of academic and professional training as well as in projects aimed at developing capacity building in this geographically small but fundamental country in the Near East. The document was signed by the president of Med-Or, Marco Minniti and by the ambassador of Jordan in Italy, Kais Abu Dayyeh, on behalf of the Ministry of Foreign Affairs.

The Med-Or Foundation will be able to collaborate with Jordan in many sectors, among the most important training in advanced technological sectors such as cybersecurity and artificial intelligence, precision agriculture, medicine and health management, renewable energies and water resources, as well as initiatives for the promotion and protection of cultural heritage. In the latter two areas there are already contacts both at the local government level and of international cooperation to launch projects that aim to make the Kingdom of Jordan a point of reference at the regional level.

The agreement crowns an already active collaboration between MedOr and Jordan which has seen the Foundation grant funding for 80 online Italian language courses through the ICoN (Italian Culture on the Net) consortium and the Embassy for male and female students of the Jordan University in Amman, with the aim of obtaining the Italian language certification – with the collaboration of the Italian Embassy – necessary for accessing university courses in Italy. In addition, the Foundation awarded a scholarship to a Jordanian researcher designated by the Ministry of Digital Economy and Entrepreneurship for the Artificial Intelligence and Cybersecurity in a Global Digital Age Executive Course at the Luiss School of Government, held last October. Finally, through the memorandum recently signed between MedOr and the National Institute of Geophysics and Volcanology, the Foundation will offer Jordanian graduates scholarships for research and training activities at Ingv.