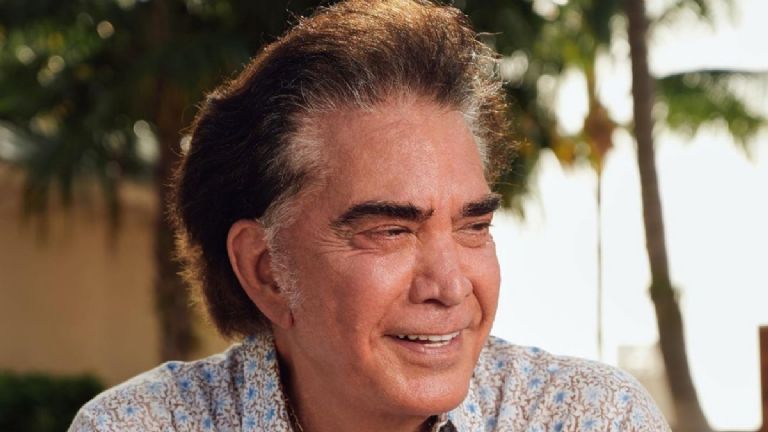 The Venezuelan singer Jose Luis “El Puma” Rodríguez 78 years old, he has more than four decades of experience and a consolidated career in the world of music, but lately he has made the covers of digital portals due to his family problems.

For a long time he has been estranged from his two older daughters, as a result of his relationship with his ex-wife, Lila Morillo. Through social networks and the media his daughters Liliana and Lilibeth Rodríguez Morillo They send hints to their father who has now formed another family.

After parting ways with Lila Morillo, The Puma Rodríguez He married Carolina Pérez and they had a daughter named Génesis, who is currently all the rage on social media for her beauty and talent. In the midst of all this, the singer has an unrecognized son to whom he never gave his last name despite their enormous resemblance.

This is the unrecognized son of El Puma Rodríguez

Is about Juan Jose Rodriguez Nicknamed “El Puma Jr,” who is also a singer and started his career more than 35 years ago and has already recorded more than 15 albums that include songs of different rhythms, from vallenatos to boleros. In his social networks where he accumulates more than 5,000 followers, he promotes his work.

The media throughout the region interview the Puma Junior whenever they can to find out more about his past. He affirms that while Jose Luis was married to Lila Morillo, the contact was fluid even though he never wanted to recognize it legally. The similarity in the face and in the hair between the two is impressive, although Juan José has a more robust build.

The young man told the press that his nickname of “Puma Junior” It is because his grandmother and mother of José Luis, baptized him “El Pumita” from his first years of life. When asked about whether or not he is the singer’s legitimate son, Juan José replied: “Legally I have the last name, I am recognized by an uncle, Osvaldo Rodríguez, his brother.”