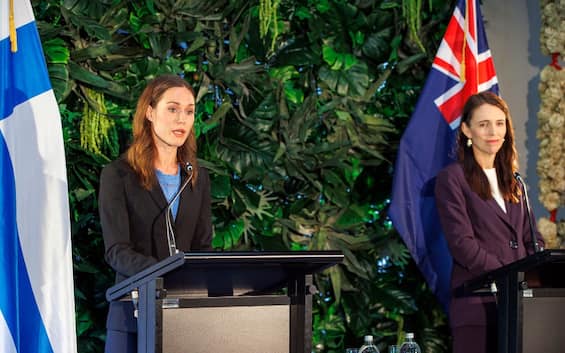 Controversy during the joint press conference in the government headquarters in Auckland between premiers Jacinda Ardern and Sanna Marin, over a sexist question asked by a reporter. The journalist had asked the two prime ministers if they were meeting “because they are similar in age and have many things in common”: essentially, if their meeting could be attributed to the fact that they are both young women leaders. The question was immediately interrupted by the New Zealand premier, who rejected the matter to the sender. Marin’s response was dry: “We’ll see each other because we’re premiers”, recalled the Finnish premier (WATCH THE VIDEO WITH THE Q&A BETWEEN THE PREMIERS AND THE JOURNALIST).

Ardern: Has anyone asked Obama and Key the same question?

“I wonder if anyone ever asked Barack Obama and John Key if they met because they were very close in age,” Ardern said, quoting the former US president and the former New Zealand premier, who were born five days apart. “It’s true, we have a higher share of men in politics, it’s a reality, but two women meeting cannot simply be due to gender,” she added. Ardern then spoke of the responsibilities that as female leaders, they feel towards women “who face repression and violation of the most basic human rights”, citing Iran as a “good example” of these situations. Marin spoke of the common commitment to equal opportunities “to ensure that every woman and girl in the world has the same rights and opportunities as men”. Marin is in New Zealand for the first visit to the country by a Finnish premier.