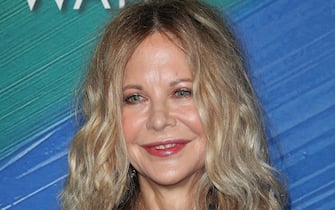 Meg Ryan on November 19 it takes place 60 years. The actress and film producer, whose real name is Margaret Mary Emily Anne Hyra, has been leaving the world of cinema for some years, due to professional and personal disappointments. Throughout her career she was nominated three times for a Golden Globe for Harry, Meet Sally, Sleepless in Love and There’s Mail for You. In his curriculum more than 30 films and over 10 TV series. He produced 5 films. In 2015 he made his directorial debut with Ithaca – The wait for a return

WATCH THE VIDEO: Yesterday and today: Meg Ryan, how the actress has changed

Top Gun (1986) – Meg Ryan stars opposite Tom Cruise, Kelly McGillis, Val Kilmer and Anthony Edwards in a small role. In fact, she plays Carole Bradshaw, wife of second lieutenant Nick “Goose“Bradshaw (Anthony Edwards). A marginal role, but in a film that made the history of cinema

Leap in the dark (1987) – Lieutenant Tuck Pendleton volunteers for a secret miniaturization experiment. It will be placed in a capsule that will be shrunk to the size of a molecule and then injected into a laboratory rabbit. Tuck has nothing to lose as he resigned and his girlfriend Lydia (Meg Ryan) just left him. Ryan stars this time with Dennis Quaid, who also becomes her partner in real life and with whom she marries in 1991

Harry, Meet Sally … (1989) – With Billy Crystal, achieves extraordinary success under the direction of Rob Reiner. The scene in which Sally fakes an orgasm in a New York club to show Harry how easy it is for a woman to fool a man has gone down in history. The film, nominated for an Oscar and 5 Golden Globes, is listed by the American Film Institute as one of the best American comedies, best sentimental films and best romantic comedies. Meg Ryan is nominated for a Golden Globe as Best Actress in a Motion Picture – Comedy or Musical

The Doors (1991) – Directed by Oliver Stone, Meg Ryan shows the audience her adaptability to even a more dramatic role. In the film she plays Jim Morrison’s partner Pam, played by Val Kilmer

Sleepless in Love (1993) – This time Meg Ryan is alongside Tom Hanks on the set. The actress plays Annie Reed, who becomes one of widower Sam’s would-be wives. For his interpretation he receives the Golden Globe nomination for Best Actress

Love each other (1994) – Meg Ryan in this film he is paired with Andy Garcia. The title is trat from the song When a Man Loves a Woman and the film tells the story of Alice Green, married to airline pilot Michael and mother of two girls. There woman is alcoholic. For the sake of her family, she agrees to be admitted to a detox facility. Will Alice be able to save herself and her marriage too?

French kiss (1995) – The film is directed by Lawrence Kasdan and written by Adam Brooks. Meg Ryan stars opposite Kevin Kline. Kate discovers that her boyfriend, Charlie, who flew to Paris for work after promising her that they will soon get married, has fallen in love with Juliette, a seductive French girl. Overcoming her fear of airplanes, Kate flies to France to win back Charlie, but meets a scammer (Kevin Kline) who falls in love with her. In addition to acting, Ryan is also a producer on this film

City of Angels (1998) – Meg Ryan changes “partner”: this time she is on set with her Nicolas Cage. The film is the remake of The sky above Berlin by Wim Wenders. Maggie Rice works in a large Los Angeles hospital. One day a patient dies during an operation and she falls into despair. Seth, an immortal angel who can only be seen by those close to the point of death, falls in love with her and gives up his immortality to be with her.

There’s Mail for You (1998) – Meg Ryan goes back to acting for Nora Ephron and reunites Tom Hanks. The film is the remake of write me Postmail service block by Ernst Lubitsch (1940). Joe Fox and Kathleen Kelly live only two blocks from each other, but they are just virtual friends. Eventually, however, they decide to get to know each other in person

Kidnapping and Ransom (2000) – Next to Russel Crowe, Meg Ryan finds the set and love again. While the two act together they fall in love and start a relationship. The plot: an important American manager is kidnapped by some Colombian guerrillas. To free him, a negotiator goes to Latin America. But something unexpected happens: he falls in love with the prisoner’s wife

Kate & Leopold (2001) – The film achieves an extraordinary success: it collects 75 million dollars worldwide and 48 in the United States. The film is the biggest hit in the new millennium of the actress, acting with Hugh Jackman. The film tells of a Manhattan woman who falls in love with a 19th century duke who traveled through a time portal

The Women (2008) – The film is the modern adaptation of Women by George Cukor of 1939. In 1994, Meg Ryan and Julia Roberts they had decided di co-produce the remake and they had entrusted the script to Diane English. After the setback suffered by the project, English decided to make this all-female film by herself, finally produced by Picturehouse. The rich Mary Haines spends her days with her friends in beauty salons and social events, gossiping about anyone. But her husband’s betrayal also makes her the subject of gossip