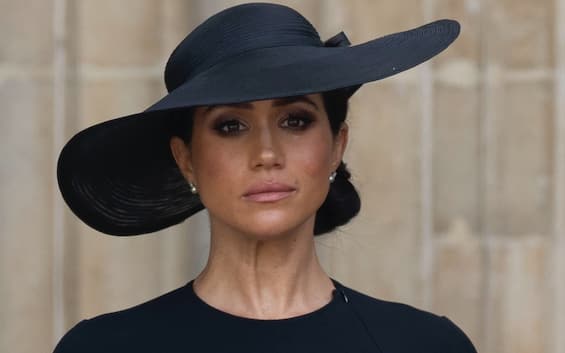 More than a month after the death of Queen Elizabeth, Meghan Markle returns to talk about the sovereign and the not simple relations of the royal family with her and Prince Harry. She does it in a long interview with Variety, the publication of which was postponed precisely following the death of Elizabeth. “I am grateful that I lived this very important mourning next to my husband, it was a difficult moment”, confessed Meghan to the US magazine, underlining, however, that she had “experienced first hand the legacy that the queen left to the world”. The Duchess of Sussex then recalled her first meeting alone with her Elizabeth, in June 2018, about a month after her royal wedding with Prince Harry in Windsor. “I feel fortunate and proud to have received such a warm welcome from the matriarch of the family.”

No mention of the alleged changes to the documentary

At the center of the interview is also the documentary produced by Netflix on the life of Harry and Meghan, soon to be released, and which would have been poorly digested by the queen herself. Both Meghan and her husband, we read in the interview, have completely relied on the director. We do not enter into the merits, however, of the contents that the couple would have asked to modify after the queen’s death, probably to lower the initial controversy linked to aspects that the Windsors did not like.

The controversy on the scenes related to Diana’s death

“Trusting someone to the point of entrusting them with your story was nice, even if it means that the way they choose to tell it may not be what you would have chosen. But entrusting your story to someone means looking at it through their eyes: it is interesting, especially for my husband who had never worked in show business before. ” Little or nothing, therefore, Meghan has revealed on the real nature of the documentary, on which several controversies gravitate, in particular those related to the involvement of the prince with a network, Netflix, in fact, which will profit from the tragic scenes that preceded and followed the death. of his mother, Diana Spencer.