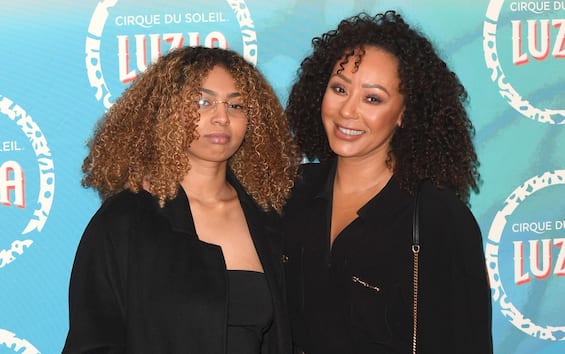 More than twenty-five years have passed since the Spice Girls have climbed to the top of the world music charts but the impact of their music and their style is still enormous as evidenced by the tributes to Mel B recently appeared on social media from a very special fan.

The author of the tribute to Melanie Brown, known as “Scary Spice”, is his daughter Phoenix Chi Gulzar who is now twenty-three and identical to her mother when she was her age. Mel B and Jimmy Gulzar’s daughter has gone viral with posts of her in which she has recreated the iconic looks of his mother gods late nineties.

The 3 iconic looks of Mel B

Spice Girls fever is always high, especially on Instagram and TikToksocial networks frequented by users who, having not lived through the years in which Spice were at the peak of success, now daydream about the myth of the girl band.

Phoenix Gulzar, the daughter of Mel B, born in 1999, has decided to pay homage to her mother literally stepping into his shoes, almost. The girl’s idea is to recreate the pop star’s best-known looks at the time of the Spice Girls and the result, obtained with similar dresses where the originals were no longer available, was amazing. With the same features, the same hairstyle and the same gritthe young Phoenix made fans gasp as they found images online that captured some extraordinary moments in Mel B’s career.

In the photoshoot (and video on TikTok) Phoenix explains that her looks are inspired by the one in the music video of Say You’ll Be Thereto that of the cover art of the single Spice up your life and that of the film poster Spiceworld.

While the people of social media praise the commitment of Mel B’s daughter in interpreting her famous mother, fans (especially the older ones) have invaded the posts with bittersweet comments full of awareness of the passage of time.
The pop star, for her part, can only be proud of the tribute of her first daughter, the only one – it seems – to know her repertoire. The other two youngest daughters of the artist, Madison and Angel, have given proof, again on social networks, that they do not know much about the music of the five magnificent girls of Wannabe.