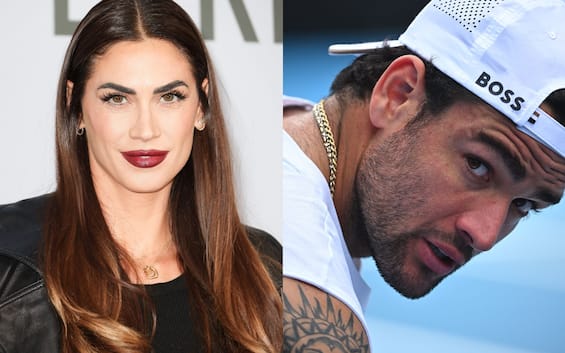 The photos taken in Milan during the last weekend with the protagonists Melissa Satta and Matteo Berrettini they would prove that between the two there could be well more than just friendship. The appearance of the showgirl and the tennis player at the Assago Forum, together, with one Basketball gamewould be the first testimony of an approach of the two who, subsequently, were spotted in a restaurant for one intimate dinner.

The chronicle of a kiss on social media

Matteo Berrettini and Melissa Satta could be a couple, the confirmation come on social mediaspecifically from the photos posted on the Instagram Stories of Deianeira Marzanocolumnist and former competitor de The Island of the famousknown to her nearly 400,000 followers as “Miss Gossip”.
The influencer shared the images of a dinner for two between Berrettini and Satta during which those directly involved would have shown some interest in each other. In the Stories mention is made of a kiss which, however, is not visible in the pictures.

For our gossip experts, however, there would be no doubts: the spark would have struck between the two. Furthermore, since up to now Satta and Berrettini had never appeared in the news even as friends and, since both have been single for some time, the hypothesis could prove to be founded.

Satta and Berrettini, at the game and at the restaurant

Melissa Satta and Matteo Berrettini attended the Euroleague basketball match in Milan between Olimpia Milano and Lyon Villeurbane behaving naturally even in front of the cameras that made some passages on the VIPs in the public. Even in the club of the Milanese capital, the location of the kiss described on social media, the two showed each other in confidence.
The hunt for confirmation, therefore, has just begun with fans of the TV presenter and tennis player ready to share the next stolen shots.