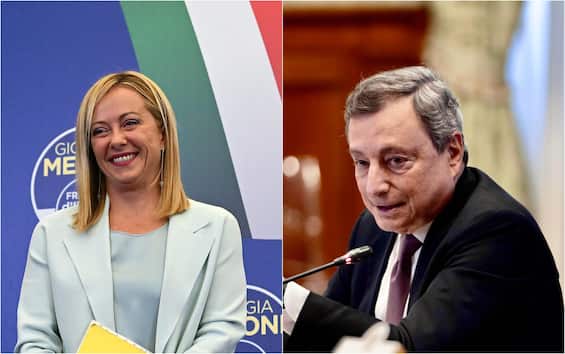 The co-founder of Fratelli d’Italia, Guido Crosetto, hoped for an interview with the current executive to ensure the passing of the law in good time. FdI therefore hopes that “there is a plant to work on”, but sources warn that “there are no drafts”

For the first time in republican history, the relay at Palazzo Chigi – between the Draghi government and the new one of Giorgia Meloni – will take place in the middle of the budget session, in a very negative economic-financial phase. But what are the steps? Il Colle wants to speed up the times for consultations and the assignment of the assignment, but it will not be possible to pass the next Stability Law by the deadline of October 20, given that the first session of the new Parliament will only take place on the 13th. to have an executive in the fullness of its functions, it will be necessary to await the election of the presidents of the chambers, the formation of the new cabinet, as well as the confidence of deputies and senators. What will certainly need to be done immediately is a passage of the dossiers from the current executive to the new one (ALL LIVE UPDATES ON THE ELECTIONS – TOTOMINISTRI).

The passing of the baton

Yesterday, in the day divided between family and work for the next deadlines after the electoral victory, Meloni would have already had a phone call with Mario Draghi, as has been learned in parliamentary circles. However, the conversation between the FDI leader and the current tenant of Palazzo Chigi did not have official confirmation from the directly interested parties, even if in the same parliamentary circles there was talk of a cordial conversation during which the upcoming deadlines would also be addressed. economic matters, starting with Nadef, in view of the preparation of the next economic maneuver by the government that will take over from the current one. Also yesterday, moreover, the co-founder of Brothers of Italy Guido Crosetto had hoped for a dialogue between the newly elected and the current government to create a synergy capable of guaranteeing the launch of the budget law in good time.

The knot on the next budget law

On the financial side, however, the comparison could be complicated. The leader of the FdI Lollobrigida explains: “We will have to have a careful comparison” with the outgoing cabinet. Meanwhile, Palazzo Chigi has announced that it will present Nadef this week, a ‘photograph’ of the public finance situation, leaving the new government with the task of planning expenses. But the crux is the Stability Law: FdI hopes that “there is a system on which to work to draw up the Budget”, while sources in the current cabinet warn that “there are no drafts at the moment”. It is therefore possible, as the Courier, that the President of the Republic, Sergio Mattarella, intervene on this front, suggesting a solution. And it is also possible that Draghi deferred to the choices of the head of state. However, it will be up to Meloni to write the Stability Law. He will therefore need a “transition team” for FdI leaders, but already some stakes would have been put in place: the next executive would aim, for example, to intervene on the Superbonus and Citizenship Income.