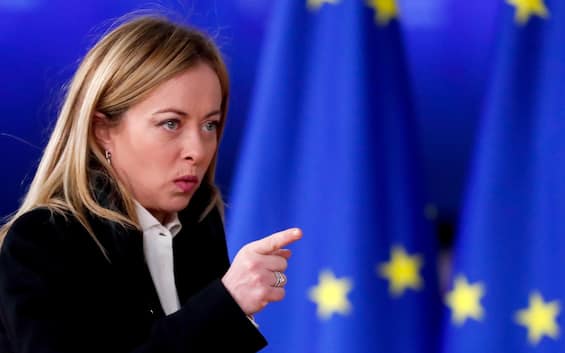 The Prime Minister, together with the Minister of Economy and Finance Giancarlo Giorgetti, met today at Palazzo Chigi with the director general of the European Stability Mechanism Pierre Gramegna and the secretary general Nicola Giammarioli. During the conversation, Prime Minister Meloni reiterated his position and underlined the anomaly of an economic-financial instrument which, despite having huge resources, has not been used for a long time by the member states

The Prime Minister Giorgia Meloni, during a meeting lasting over an hour with the leaders of the European Stability Mechanism (MES) at Palazzo Chigi, hoped with the new director general of the Mes and former Finance Minister of Luxembourg, Pierre Gramegna, in his first formal meeting with a Head of Government of a Member State, the possibility of verifying, together with the other States adhering to the Mes, possible corrective measures aimed at making it an instrument effectively capable of responding to the needs of the various economies (WHAT IS IT HOW THE MES WORKS).

“Mes is not used by other countries”

During the discussion, which was also attended by the Minister of Economy Giancarlo Giorgetti and the general secretary of the Mes Nicola Giammarioli, Meloni reiterated his position and underlined the anomaly of an economic-financial instrument which, despite having huge resources, has not been used for a long time by the acceding States despite the difficult economic situation in which they find themselves. A situation which, in the opinion of many and given the various critical issues that remain, does not seem destined to change following the reform of the Mes.