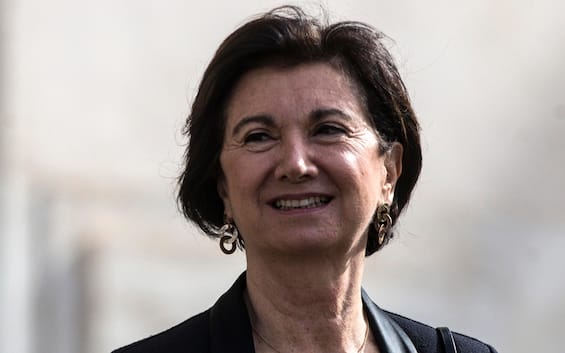 “This ministry was born on the thrust of the women’s movement, then the umbrella expanded, becoming a generic title under which to list a bit of everything. I would like to go back to dealing with the many injustices we suffer”, said the new minister. . On abortion you specify: “I don’t want to change 194, but it’s not a right”

Commitment to issues of the family, birth rate but also equal opportunities that will be focused “on the many injustices that women suffer”: the new minister Eugenia Roccella clarifies this, drawing the line she intends to follow in this sector as well. “The Ministry for Equal Opportunities was born on the thrust of the women’s movement, but then the umbrella expanded, becoming a generic title under which to list a little bit of everything. women, which I think have not decreased at all, indeed perhaps they have increased “, said Roccella in a statement to ANSA.

No handover with Bonetti

“The combination of Family and Equal Opportunities was a far-sighted intuition of President Mattarella, not only to favor the reconciliation of care and work times, but to intervene at all levels on old and new forms of oppression and female exclusion. I think that the first government led by a woman – underlines Roccella – is the right place to deal with this “. With the previous government, the issue of equal opportunities had also been extended to the entire LGBT world. One of the last acts of Minister Elena Bonetti was precisely the presentation of the new national strategy LGBT + 2022-2025. With Bonetti, as far as we know, there was no formal handover. Roccella started working yesterday at the ministry and at the time of the change there was the former head of cabinet.

With respect to the controversy over her anti-abortion positions, today the new minister in a letter published in La Stampa made some clarifications on the subject. Giorgia Meloni “repeated ad nauseam that she does not want to change the law on abortion, and I not only have no will to do so, but I would not even have the power, given that the application of law 194 deals with the ministry of Health together with the Regions “, Roccella writes. Of the battles over abortion in the 1970s, also conducted by the minister, “no one has any memory anymore, and if we talk about abortion today it is only to use it as a blunt and improper weapon against a government that is not leftist and not even technical (a very serious sin), and the bugbear of the attack on women’s rights must be stirred up. The truth is complex, “it cannot be reduced to slogans” and “not even to simplifications such as’ has changed his mind ‘, or worse,’ he has denied his past ‘- writes the minister. I have not denied anything. Even then abortion was not our greatest aspiration, but a necessary evil, in order not to be crushed into a role that locked women in a cage of oppression and subordination. Beyond the joyful atmosphere that is always present in the demonstrations, abortion was not experienced as a proud claim, rather as a desperate escape route, not a right, but a power inscribed in the body. It was not at the Mld (Women’s Liberation Movement) that I learned that abortion is not a right, but through the feminism of difference “.