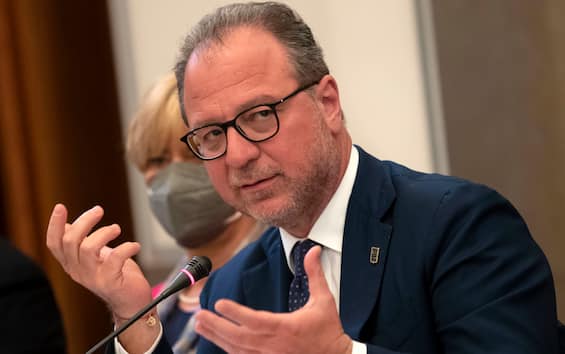 The vice-president of the Chamber and a member of FI expressed “disappointment” at the attitude of the prime minister with regard to dialogue with allies. And he underlines the incompatibility between the role of foreign minister and that of party coordinator

Once all the formal steps for the formation of the new government are closed, the frictions within the majority do not disappear. To show his disappointment, today, from the columns of the Republic, is the vice president of the Chamber and exponent of Forza Italia, Giorgio Mulè.

“Disappointment due to Meloni attitude”

“We don’t feel scarred or humiliated. But Giorgia Meloni’s attitude caused disappointment. A disappointment expressed by Berlusconi himself, when he placed the question of the conditional and not of the imperative to be used in the dialogue between allies ”says Mulè. “There have been frictions – he explains talking about the situation in Forza Italia – between those who thought they were members of one faction and those of the other. But here there is no debate, a congress in the manner of the Democratic Party. I believe that during the formation of the government many have put on the table experiences, personal stories, legitimate aspirations that have been neglected. But it is no longer time to complain, nor to seek revenge.

“Tajani will have to resign”

From Mulè also comes a jab to the Foreign Minister and Fi coordinator Antonio Tajani. “A correct reflection – he adds – was initiated by Paolo Zangrillo, asking himself the problem of the compatibility between the role of minister and that of coordinator in Piedmont. I believe that the same reasoning can only be done by Tajani, who adds to the role of national coordinator Minister, Deputy Prime Minister and probably Head of Delegation of FI. And the same goes for the new Minister Bernini, who is deputy coordinator of the party “. “It is a reflection – continues Mulè – that they must do and resolve. There are now unfailing interventions on the party’s backbone. Berlusconi is the first to know”.