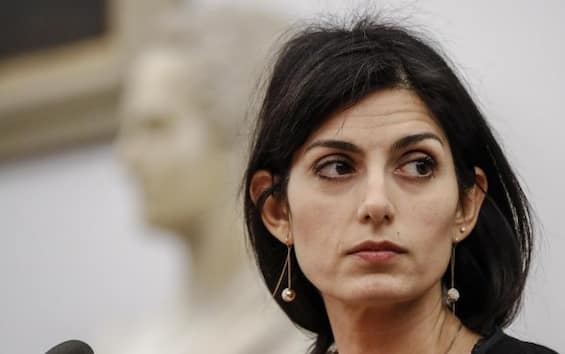 “Giorgia Meloni has a demanding task ahead of her that will make her veins tremble. They are waiting for her at the gate”. The Capitoline councilor and former mayor of Rome said this in an interview with Corriere della Sera

“I publicly wished Giorgia Meloni my best wishes. We spoke by phone. She has a demanding task ahead of her that will make her veins tremble. Plus she is a woman and for this they will not forgive her anything. They are waiting for her at the gate”. Virginia Raggi, a Capitoline councilor and former mayor of Rome, says this in an interview with Corriere della Sera. “Net of the executive measures, which we will see at work, I am happy that a woman is at the helm of Italy. It was time”, continues the M5S exponent, who then observes: “Knowing how to oppose is not easy. the country’s interest is at the center. We must try to get the most significant elements of our program approved with political debate, even if hard if necessary. (MELONI GOVERNMENT – ALL UPDATES)

No to political partisanship

She does not miss the seat of mayor of Rome, and it is “evident that I have never flirted with power,” said Raggi. “I am not passionate about political partisanship – he says – I think it penalizes collective interests. It is of no use to Italy”. Raggi reveals that he apologized to Ignazio Marino for the violent attacks he had addressed, indeed “in recent years a good relationship has been created, both human and professional. We have often heard, even when I was mayor, and we discussed the problems From Rome”. Raggi then rejects the idea of ​​being in opposition to the pentastellated leader Giuseppe Conte. “Contradictions are useful for those who want to create clashes or pursue some opaque interest. It is a theme that does not concern me and does not interest me”. As for the race for the regional teams in Lazio and his possible candidacy for the succession to Nicola Zingaretti, “I am honoring my commitment as a councilor in the Campidoglio – she says – I certainly do not allow myself to be exploited by internal disputes that are far from my interests. In recent months I have I resumed my activity as a lawyer and I am studying issues related to the energy transition in depth “.