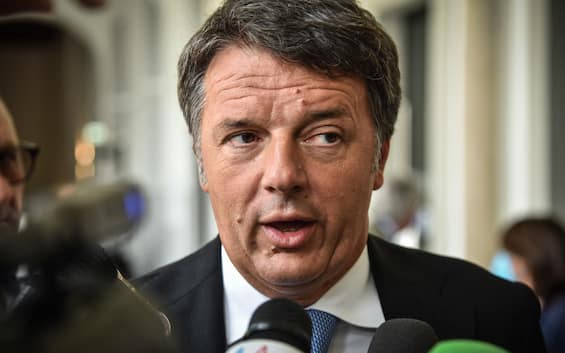 In an interview with the newspaper Libero, the leader of Italia Viva explains that he does not believe in the protest but in the proposal: “We are in opposition to the government and not the country. Let’s try to lend a hand, it seems to me that the president needs it”

No protests to the streets but a “counter-maneuver that defends work and public finances”. Matteo Renzi speaks who, in an interview with the newspaper Free, explains that he does not believe in the protest but in the proposal. “Pd and the Five Stars will go to the streets to defend the citizen’s income” underlines the leader of Italia Viva “while we in the third pole have presented a counter-maneuver that defends work and public accounts. Carlo Calenda, with a delegation from Action and Italia Viva, will illustrate it to Giorgia Meloni: no mess up, but we are in opposition to the government and not the country. Let’s try to lend a hand, it seems to me that the president needs it”.

“There is no country vision”

Renzi observes that “ours is not an ideological opposition: if the government really decided to implement a serious intervention on basic income, we would evaluate it. Far too much taxpayer money has ended up in the pockets of scammers and crafty people to build Giuseppe Conte’s consensus. However, I hope that we will soon move on to the facts, because it is known that the Meloni of struggle is very different from the Meloni of government “. And he adds: “The government lacks a vision of the country: it is thinking of reinstating non-vax doctors and, having just overcome a pandemic, it does not allocate enough for health care. On the contrary, we ask that the 37 billion of the Mes, immediately available, be taken immediately. And then there is the issue of the cost of living and of work: money must be put into the pockets of Italians immediately. The 80 euros of my government went in this direction: the 10 euros more expected by Giorgia Meloni in the paycheck are very little stuff “.

“As prime minister, I lost my seat on the bet of the constitutional referendum” says the leader of Italia Viva again. “Today, as in 2016, I believe that a reform of this kind serves the country, not Matteo Renzi, so I am ready to discuss it , even if I don’t think the solution is presidentialism: I am thinking more of the direct election of the prime minister. Italy needs stability: the day after the elections it is necessary to be sure of knowing who has won, and then it is necessary to guarantee governance”. “At the same time – concludes the former prime minister – the disastrous management of the pandemic has shown us how true what we said about Title V of the Constitution was: it must be rewritten, bringing order to the State-Regions responsibilities”.