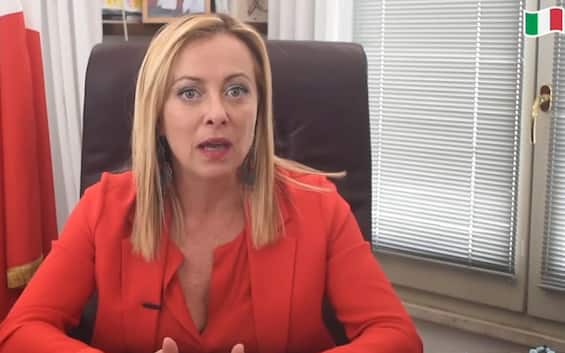 “Ours will be the most political government ever” said the leader of the Brothers of Italy at the end of the umpteenth day spent investigating “the dossiers that Italy is facing immediately, from expensive bills to procurement energy, passing through the budget law “

Another day of work in Montecitorio for Giorgia Meloni. “Governments are political when they have a popular mandate, a political guide, a majority born in the polls and not in the palace, a clear program and vision. Precisely to realize that vision and that program we will involve the most suitable people: no one is under the illusion that we will change ideas and objectives with respect to those for which we have been voted. Ours will be the most political government ever. ” These are the words of the leader of the Brothers of Italy, at the end of the umpteenth day spent looking for the right team for the new government team.

Tonight Giorgia Meloni, leaving the Montecitorio offices, answered questions regarding the rumors of difficulty in dialogue between the center-right leaders: “There is no tension with Lega and Forza Italia. I guarantee that we will do well and quickly”. With Matteo Salvini and Silvio Berlusconi “I think we will see each other tomorrow. We are working, I do not see major problems”, added the leader of Fratelli d’Italia.

Meloni: “We won’t waste a minute of time”

Giorgia Meloni then commented on the possibility of having the name of the next president of the Senate already for this Thursday: “We are working. We work to do things quickly. To those who say that we are late and that Draghi took less time, which is curious, I remember that we do not have the office to do the government I guarantee we won’t waste a minute. And this also applies to the presidencies of the Chambers “.

On Meloni’s table – as reported by the Brothers of Italy – there are “the dossiers that Italy is facing immediately, from expensive bills to energy supplies, passing through the budget law”.