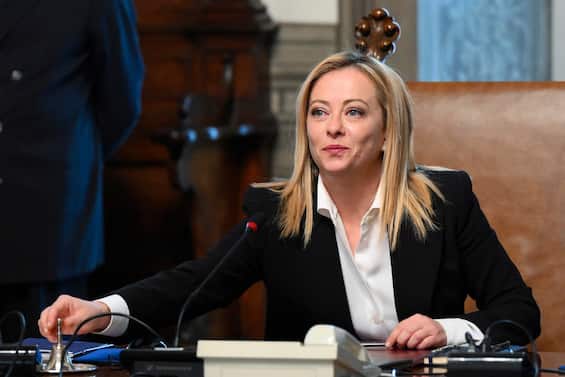 Giorgia Meloni’s decision to sign the official documents as “il Prime Minister “has raised a debate between who is in favor and who is critical. To give the right reading of this choice comes the oldest linguistic institution in the world

The Accademia della Crusca also took the field. “There is nothing strange” said the president of the oldest linguistic institution in the world Claudio Marazzini about Giorgia Meloni’s decision to sign the official documents as “the” Prime Minister. And while the debate is alive between who is in favor and who is critical of this choice, the Academy has clarified that “Female titles are always legitimate; those who use these female titles accept a historical process that is now well underway. the traditional masculine forms still has the right to do so “. To this clarification he also added the invitation “to get used to not being afraid of these linguistic fluctuations” (GOVERNO MELONI: IL LIVEBLOG).

The case of Giorgia Meloni is by no means isolated, on the contrary. “That of Giorgia Meloni I would say is even a predictable decision – continued Professor Marazzini -. After all, it is not unheard of. Just think, among the many known cases, of the President of the Senate Maria Elisabetta Alberti Casellati in the previous legislature. of Casellati was well known to all. This is true for public and political offices. But perhaps we do not remember the question of the ‘orchestra conductor’ raised by Venezi? Some women do not recognize themselves in the linguistic choices of the Anglo-Saxon feminist tradition, introduced in Italy in 1986 by Alma Sabatini (at the time of the Craxi government’s equal opportunities), and reaffirm their diversity through alternative choices of immediate evidence “. “In this way – he then stressed – they highlight the ideological value of linguistic options on gender (their own, but indirectly also the adverse ones). It would be reductive to judge all this as a simple grammatical question, because it is not at all”.

“Don’t be afraid of these linguistic fluctuations”

The president of the Accademia della Crusca then made a differentiation between direct and indirect form. “Personally, I believe that I will continue to call Meloni ‘the president of the Council of Ministers’; but if I were to meet her on a visit to the Accademia della Crusca, in direct interlocution I would have no doubt in adopting the masculine, out of a dutiful form of respect for her preferences, on an occasion in which duties of hospitality are imposed . Also because it is not a question of an agrammatic or anti-grammatical choice, but simply of a traditional use, perhaps a minority one in recent years, but well rooted in the past of the language “.” We must therefore get used to not being afraid of these linguistic fluctuations: language does it is a never a monolith – concludes Marazzini – Indeed, it is precisely in the variety of language that all speakers can find their space and can interact positively with others, overcoming any differences, without giving up on themselves “.